Habata’s Le Grand Chasseur estate recently built one of the largest dams in the Robertson area, which will be used to combat the drought currently afflicting the Western Cape.

Production manager Jan Rabie said they would now be able to store more water during the wet winter months ahead of the dry summer season.

“The new dam is therefore a huge upgrade.”

Rabie said the dam would greatly alleviate their drought problems.

“If it rains we can store water, especially for the summer season when it is our most important irrigation time.”

Building a dam of this size was not an easy task and many parties were involved.

Rabie and his team had to commission numerous environmental studies which involved engineers, botanists and plant and fresh-water specialists. The whole process took just over two years to complete.

Rabie said they had winter water rights which they had previously not been able to exploit fully.

“That’s how we irrigate water to where it’s needed now, which we were not able to do previously.”

The new dam would be beneficial to the crops on the estate, including table and wine grapes and citrus.

Construction took place over three and a half months and a total of about 115 000 cubic metres of earth was moved to build the wall. 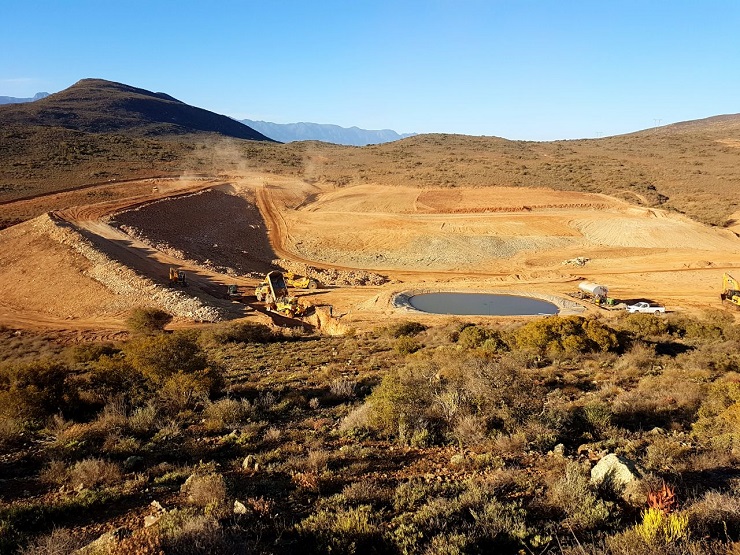 Building of one of the largest dams in the Robertson area was recently completed at the Le Grand Chasseur wine estate. This new acquisition will bring great relief from the drought affecting the Western Cape. Photo: Supplied