Names vary the world over, changing as they fit in with different cultures, but there cannot have been many which have wandered as far from the original as the South African fruit, the spanspek.

What started out in Europe as the cantaloupe has now mushroomed into a variety of names, depending on where in the world you find yourself.

The sweet melon in South Africa, where it is more commonly known as spanspek, is called the musk melon in India and the United States and the mush melon or rock melon in Australia and New Zealand.

The spanspek is one of the major crops in Habata’s farming operations in Addo.

A member of the cucurbit family, the name emerged as the French term of cantaloupe, which was derived from the Italian town Cantalupo, a papal county seat near Rome where the fruit was first introduced into Europe from Armenia.

Believed to have originated in India and Africa, it was later introduced to Europe and became a commercial crop in the US towards the end of the 19th century.

But the question remains – how did the European cantaloupe become the South African spanspek?

The popular theory is that it originates from Lady Juana Maria Smith, a lady of Spanish extraction who was married to British soldier and military commander Sir Henry Smith.

More popularly known as Sir Harry, he became governor of the Queen Adelaide Province in the Cape Colony of the 1830s. This was an area which roughly covered the region from Grahamstown to King William’s Town, where Smith became popular with both the Boers and the Xhosa tribes.

According to legend from the couple’s South African years, Sir Harry loved bacon and eggs for breakfast while Lady Juana preferred cantaloupe melons.

Over time the name evolved into spanspek, the fruit with a greyish-green skin and firm orange fruit inside which has become so beloved of South Africans.
Nothing, however, is always as it seems.

There is a school of thought that Lady Smith had nothing to do with the name as the date of the fruit’s translation to Spanish bacon apparently precedes their life in South Africa from 1828 to 1847.

It is suggested by some that the name originated from the early 17th century Dutch, possibly via the Dutch colony of Suriname.

The oldest etymological reference to spanspek is from 1770 by J van Donselaar in the Suriname-Dutch dictionary when it was written: “Spaansch-spek is the name for the form [fruit] that grows in Suriname which, because of its thick skin and little flesh, is less consumed.”

Whatever you call it, one thing is guaranteed – eating spanspek is a way of life for many South Africans, and that’s not going to go away soon. 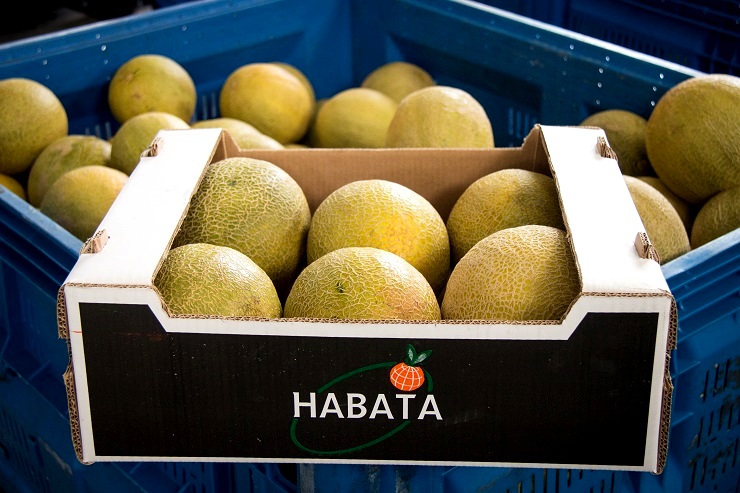 Officially known as the cantaloupe in Europe, the spanspek in South Africa is one of the country’s most popular fruits. Photo: Full Stop Communications