One of the most popular melons in Spain is making its way onto the shelves of South African supermarkets as Habata Agri add another fruit to their overall repertoire.

Currently in season in South Africa, the Spanish melon is one of the major agricultural products in the European country with about 40 000 hectares being cultivated each year.

Habata operations manager Gary Webb said it was a fruit that not everybody knew about and they had visited Spain to explore the options of growing the melon in South Africa.

“In Spanish it is called piel de sapo which actually means the skin of a frog,” said Webb. “But the distributors weren’t too keen on that name for the South African market, so it is called the Spanish melon in our country.”

The melon has a striped, somewhat blotched green and gold to bright yellow skin and resembles a small watermelon.

Inside, the mellow and mildly flavoured pale greenish flesh is similar to that of a honeydew. Because of its thick skin, this melon does not release a tell-tale aroma when ripe.

“All melons have their own taste and the Spanish melon is no exception,” said Webb.

“We actually planted Spanish melons and yellow canary melons, but have dropped the yellow canary because the Spanish variety has been doing so well.”

He added that its strength was a “very crisp and firm flesh”, which made it attractive to processors for use in salads.

“It holds its own in a salad, remaining crisp and not falling away in terms of its firmness.”

Webb said the main idea had been to produce a better green melon for use by processors.

“We used to plant honeydews but they didn’t do that well, although we still produce some early in the season. They are then followed by the Spanish melon for the greater part of the season, which ends in March.”

Although Spain is a major producer of the melon, Webb said there was a chance they could export to Europe due to the seasonal differences.

“There they plant in mid-March and their season is in June and July, while our harvesting takes place in the first few months of the year, so it ties in quite nicely.” 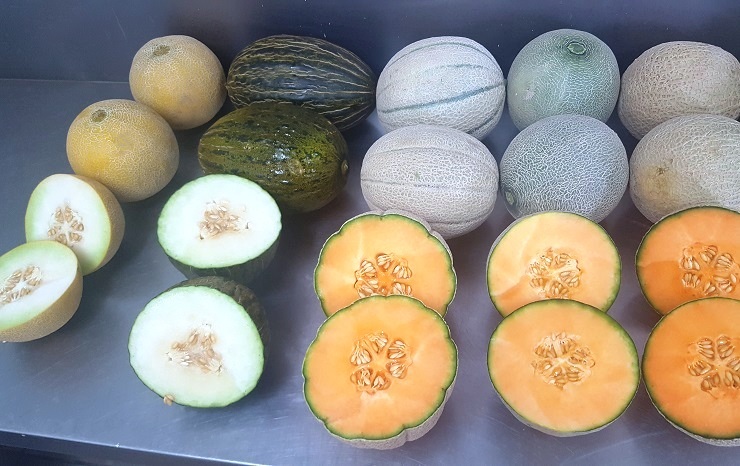