Boland runner Shaun Tobias is ready to show his rivals a clean pair of heels when he competes in the South African cross-country championships in Port Elizabeth on Saturday.

Hailing from Dorpsig in Robertson, the 21-year-old Tobias has been included in the Boland U23 team to run in the national event and is thrilled to have received support from Habata Agri.

Thanks to the farming company’s donation of a pair of Adidas running shoes, the Boland athlete believes he has a good chance of achieving national recognition in the PE race.

Competing in the 4km event, Tobias said he was targeting a place in at least the top six which could earn him a spot in the national team for the world championships in Denmark in March next year.

“I have a best time of 12 minutes 36 seconds for the cross-country 4km and I am confident of doing well this weekend,” said the Boland College law student.

“I know the competition will be tough, but I just need to run a good time to have a chance of finishing in the top six.

“I am really motivated to do well this weekend to make the team for Denmark.”

Having owned only a pair of well-worn running shoes, Tobias said the new gear from Habata was a massive boost to achieving his objective.

“I am very grateful to have the support of Habata because I really needed a pair of shoes,” he added.

“They will definitely help me during the race, allowing me to compete with the leading runners.”

The We-Run Winelands is a community-based support system for the Tobias brothers, Shaun and Jermaine, and a spokesman said they were highly talented runners.

“If I were to say they had a great passion for running I would be understating the drive they have shown,” he added.

“Few people will understand what it is like to walk for hours to a competition, finish in the top three of a long-distance race, and not get home until the next day because you are stranded in a strange town with little food.”

He said Tobias did not have a full-time sponsor and was reliant on support from the community to cover the costs of racing in some events.

“This donation of shoes by Habata is a significant gesture in helping one of the talented young runners in our region to try to achieve his goals.”

Christie Rabie, financial manager of Habata’s Robertson operations, said they had a strong desire to support the local community to make a positive change to their lives.

“Everyone deserves an opportunity to succeed, especially those who work so hard to make their dreams come true,” she said.

“It was really heart-warming to hear the stories of these brothers, who have done so well in athletics despite their circumstances.

“We wanted to do something which would have a long-term effect and add value to Shaun’s efforts, so when we saw a picture of his old shoes, we knew immediately this was a chance for us to step in.”

His first choice was a pair of orange Adidas shoes, said Rabie, but he added he would accept any shoes if those were too expensive.

“We wanted to give him his wish and so have purchased an orange pair for him. We wish him well for the nationals this weekend.” 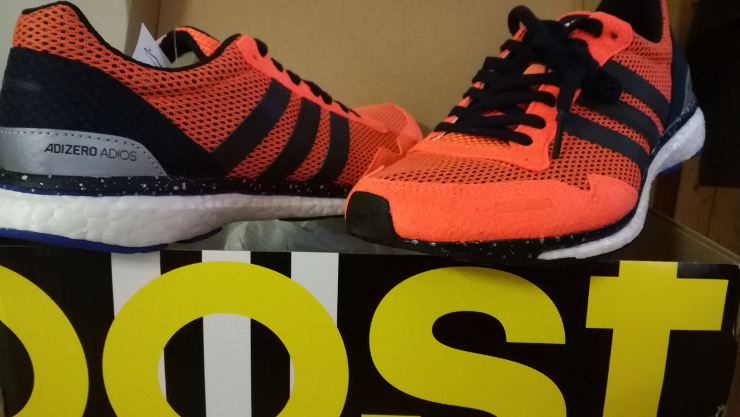