The University of Johannesburg women’s team plan to continue an impressive run of results in student competitions when they mount a challenge for the Varsity Football title this week.

In July the team won the University Sport South Africa week in Port Elizabeth and they were runners-up in last year’s Varsity Football tournament.

Although she will not be playing when the 2018 edition starts in Potchefstroom on Thursday, UJ captain Thato Letsoso said the team were motivated to maintain their good form.

Letsoso, who lives in Auckland Park, Johannesburg, is with the South African team that are competing in the Cosafa Cup in Port Elizabeth and will miss the varsity event.

She said she was disappointed not to be there but backed the team to do well, saying they would be focusing on one game at a time.

“I think it is important not to look too far ahead when it comes to tournaments such as this,” said Letsoso. “We must just take baby steps and concentrate on each match as it happens.

“If we can focus on the now, then we can worry about the play-off matches later.”

She added that their biggest challenge would be to handle the fatigue generated by the intense nature of the competition.

The eight teams will be divided into two pools and will play three round-robin matches on Thursday and Friday. This will be followed by the cross-pool matches on Saturday.

“There is a lot of action in a concentrated period so it is important to manage the players over the three days,” added Letsoso.

“But there is great unity in the side and our sisterhood often pulls us through.

“We stick together as a team and are always ready to handle the tough situations. Also, our technical team put in a great amount of work.”

She said the Varsity Football tournament remained an important vehicle for the women’s game.

“It gives us a national platform for scouts to assess the players and provides a number of sponsorship opportunities.”

She felt the University of Western Cape would be among the favourites for the title, although Tshwane University of Technology have been one of the dominant forces at the event, winning four out of the last five tournaments.

TUT are the defending champions and will come up against UJ, Free State and KwaZulu-Natal. The second pool comprises Walter Sisulu, Zululand, UP-Tuks and UWC.

Following the league phase, the top two in each pool will qualify for Saturday’s semifinals.

The final will be played on September 27. 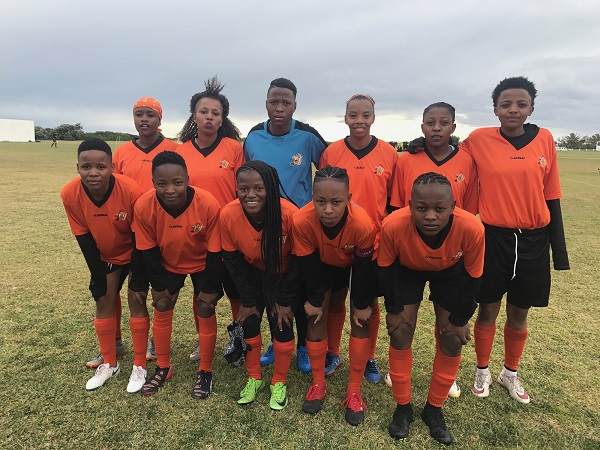