The superb position of the Sardinia Bay Golf & Wildlife Estate was highlighted during the Ironman 70.3 World Championships that took place in Port Elizabeth recently.

With several notable routes converging at the estate, it has become the epicentre of local cycling and running activities as well as international events such as the annual Ironman African Championship and 70.3 Worlds.

During the latter, around 6 000 competitors skirted the estate twice during the 90-kilometre cycle leg. They straddled its northern boundary on their way out of the city and passed by the main entrance on the eastern side as they turned towards the ocean on their way home.

A commentator on the international broadcast team remarked that PE was “really showing itself off” as the cameras panned over the surrounding neighbourhoods of Lovemore Park, Sardinia Bay and Seaview.

“The international triathlon community were absolutely bowled over by Port Elizabeth and what it has to offer,” said Alan Moore of RE/MAX Bay Properties, who market the estate.

“They raved about the area, which cast fresh light not only on the city, but on the areas surrounding the estate.”

Moore said the Sardinia Bay area, which includes the estate and the neighbouring Grass Roof farm stall, had been attracting people who enjoy active lifestyles in recent years.

“That whole area has become so focused on providing pleasure and enjoyment among communities. If you go there on a Saturday or Sunday you just see cyclists and runners, as well as families having a good time.

“The area is incredibly attractive for that type of thing. It is such a convenient place to live if you are involved with those kinds of sports and outdoor activities.”

Apart from the natural beauty, top local cyclist and triathlete Conrad Viljoen said there was another reason why the area had become popular as a recreational hub.

“It’s a very safe environment for any outdoor activity,” he said, noting that Grass Roof hosted a Park Run every Saturday.

He added that a lot of development was being done in the area to attract people who were lifestyle conscious, which dovetailed with the estate’s main objective.

The Sardinia Bay Golf & Lifestyle estate’s newly upgraded golf course and wildlife added further appeal and would continue to attract like-minded people, according to him. 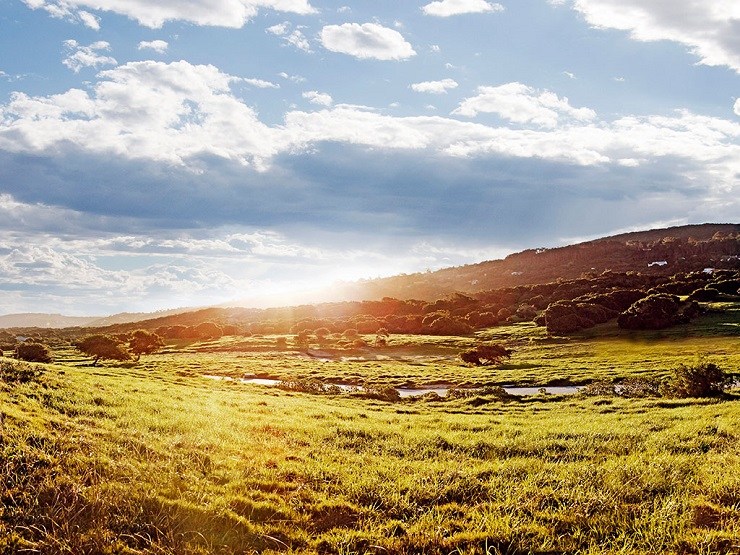