A new single-track finish to the opening stage of the Liberty Waterberg Encounter will have the front-runners fully alert when the mountain-bike race gets under way on Friday.

The stages will cover a total of 172km with 2 774 metres of ascent and route director Mel Meyer has promised a good workout for all riders, but one they will be able to manage.

He said they had introduced two changes to the opening stage, which should give the riders something to think about.

“On the first day, the route up to the second water point is the same as last year, but then they will experience something new,” he said.

“We have built a fresh trail of single-track on a 6km section and this is something they will have to work through.

“There is a tough little climb, followed by a bit of a scary downhill, which will be virgin trail for them all.”

With much of the hard work still awaiting the riders over the last 20km, Meyer said they had altered the finish from the tar road of last year to a single-track through Elements Golf Reserve.

“This means that the front guys will need to be aware of what is happening because once you get into the single-track with 3km to go there is no way you can do any overtaking,” said Meyer.

“It’s a new section and the guys will have to get into the right position going into it.”

He added that the second stage was much the same as last year, while they had introduced some changes to the final day’s route.

“We will be using the single-track we created for the end of stage one, but this time they will be going in the opposite direction, so there will be a bit of a climb early on.

“Further on in the route we had some heavy, sandy sections last year, but we have reduced those and the riders will experience some nice, fast-flowing single-track through Sondela.

“The stage will end with a fast 15km section of single-track, which takes you to the finish.”

Meyer said their objective was to produce a balanced route, with a certain degree of challenges, but one which was manageable for a wide range of riders.

“You must remember, this is the Waterberg, so there can be some testing sections in the bushveld,” he said.

“We want the entrants to be able to manage the routes, but without making it a walk in the park.

“At the end of the day they must feel they have come through a proper test, but not so damaging that they immediately want to go and sell their bikes.

“As a social rider myself, I believe we have achieved the right balance.”

For more information on the route, go to www.waterbergencounter.co.za. 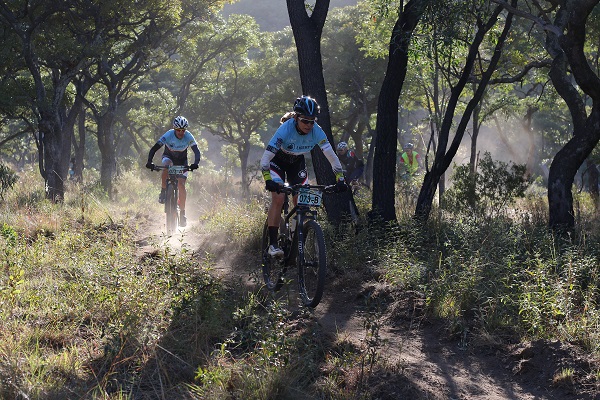 Competitors in the Liberty Waterberg Encounter, presented by STANLIB, will face some interesting challenges in the three-day mountain-bike race in Bela Bela, Limpopo, from Friday to Sunday. Picture: Gerrie Kriel/Twin Productions SA