Former road specialist JC Nel is looking forward to testing his skills on the mountain bike when he makes his debut in the Liberty Waterberg Encounter this weekend.

The three-day bushveld event, presented by STANLIB, gets under way on Friday at Bela Bela in Limpopo, taking riders through trails which cover part of Sondela Game Reserve and Elements Private Golf Reserve.

The 26-year-old Nel, who has retired from professional road-racing, is no stranger to the mountain bike, having often used the discipline to sharpen himself for his road challenges.

He initially entered the Waterberg Encounter with the promising Ricardo Broxham, but the latter’s selection for the national team to attend the World Junior Track Championships in Switzerland in August altered those plans.

“Instead I am now riding with a mate of mine, Manie Visser, and we are looking forward to a serious challenge,” said Nel, from Muldersdrift in Gauteng’s West Rand.

“I believe it will be a tough three days through the bushveld, which will really test our mountain-biking ability.”

The former ProTouch rider said he had heard a lot about the event and, with ASG Events as the organisers, he was confident it would be a race to remember.

“ASG Events know how to present these sorts of races and I am looking forward to that.

“In addition, a friend of mine who knows the area quite well told me of the great riding experience you get.

“I realise the routes will be challenging, but I have heard about the camaraderie of the event and it should be a special weekend.”

ASG Events have placed the emphasis on luxury for the competitors, while route director Mel Meyer has set up trails which will offer some hardship, but will be manageable for a wide range of riders.

Although he made his name as a road racer, Nel said he had done plenty of time on the mountain bike during his career.

“I found that the discipline of mountain-biking helped to keep you in shape and made sure you were sharp and nimble,” he added.

“There were many times after I had been through some tough road races that I was thankful for the work I had put in on the mountain bike.”

Having retired from road racing, Nel now devotes his time to Infinite Racing, a business he founded to teach youngsters the tricks of the trade.

“We are involved with schools coaching because the Spur Schools Mountain Bike League is incredibly big up here in Gauteng.

“We aim to teach kids the principles of racing and that it’s not just about pitching up on race day, thinking that you are going to win.

“It’s about a mind-set you have to develop and it’s something you have to grow into if you want to create a winning mentality.”

With most of his life spent on the bike, Nel felt he had a chance to make a contribution.

“I raced for about 17 years and gained a lot of experience in that time. Coaching youngsters in this way is the chance for me to give back to a sport that gave me a lifetime of opportunity.” 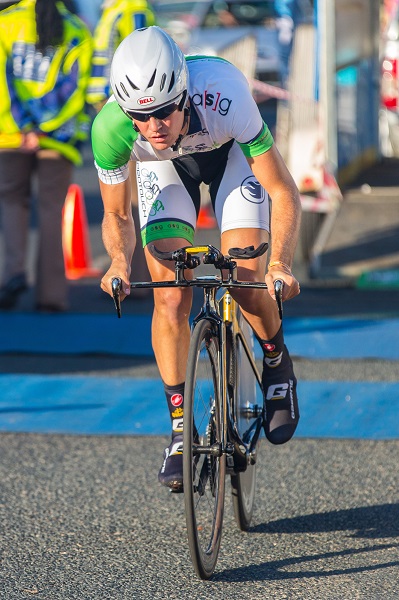 Former road racing ace JC Nel will ride the Liberty Waterberg Encounter, presented by STANLIB, for the first time this weekend when it takes place in Bela Bela, Limpopo. Picture: Memories 4 U Photography