Former professional star Mutalieb Allie ended a lengthy wait for top honours when he was crowned the singles champion in the SPAR South African snooker championship in Port Elizabeth at the weekend.

The 44-year-old Allie, from Lansdowne in Cape Town, defeated his Goodwood clubmate, Tariq Samsodien, 7-3 in Saturday’s final at the Hellenic Hall to win the national title for the first time.

There was a sense of relief for the Cape Town star, who had contested four previous finals but had been on the losing side each time.

“Yes it is very nice to be the champion at last, but I must say after I had won I didn’t feel any different,” said Allie, who played professionally in the United Kingdom for two years in the mid-nineties.

“Although I think if I had lost I wouldn’t have felt very good about it.”

He added that there had been some nerves ahead of the final, although playing against his clubmate and good friend did “take a bit of the edge off” the game.

“There is always tension in a situation like this, especially as each year I had been knocking on the door. People were always telling me, you will get a chance next year.

“But playing against Tariq made it a bit easier, because we have contested many finals and we know each other’s games.

“When you are in that situation [playing against a friend], you don’t mind so much what the outcome is. I’m sure he was happy for me because he has won the title twice before.”

His strategy in the final was to try to play as safely as he could, said Allie, who has represented South African on a number of occasions.

“Your main focus is just to make sure you pot the balls and have one or two decent breaks to make it easy to win the frame.

“When I went 3-0 up in the final I started to feel more comfortable, but I still had that hurdle to get over so the nerves were always there.”

Allie said he came into the tournament with expectations of doing well, but his strategy was never to look too far ahead.

“You are always aiming to win, because that is why we compete.

“But with those sorts of expectations can come disappointment, so it is a matter of taking it game by game and day by day.”

He said adapting to the conditions was testing as the tables had been re-clothed.

“When you play on practice tables, the conditions can be different to the reconditioned tables we had for this tournament.

“This is always a challenge in South Africa because tables differ from club to club, venue to venue and city to city.

“When you get to a certain level, it’s the small things that make a difference and that is something you have to adjust to.” 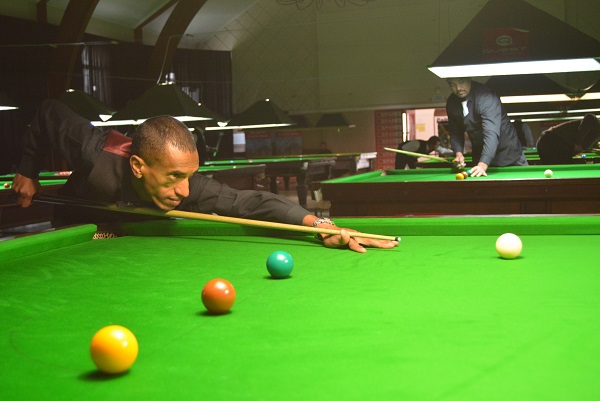