The SPAR Madibaz netball teams were quick out the blocks when they took the main section honours in the opening tournament of the season at the Vodacom Madibaz Indoor Sports Centre in Port Elizabeth this past weekend.

The Nelson Mandela University teams ended first and second in the A division as the SPAR Madibaz tournament again proved a resounding success, attracting 67 teams from the Eastern and Southern Cape.

Having turned the tournament into a two-day affair last year to accommodate all the sides, Madibaz netball manager Melinda Goosen said the event continued to grow in popularity.

“Besides the local clubs we had teams from Grahamstown, East London and George, and the vibe on Friday was absolutely electric,” she said.

“At this stage the SPAR Madibaz tournament, which we started in 2005, is one of a kind in the province with the most entries every year.

“We thank the clubs for their support and look forward to enhancing the standard every year.”

She said the event was now established as the opening of the season tournament on the Nelson Mandela Bay calendar and they were proud to host it.

Besides the playing opportunities, Goosen added that the event provided an important stage for the development of umpires as it was a provincial grading tournament.

“We had a record number of 71 umpires who entered for grading at this tournament, which is the highest we have ever received.”

On the court, the Madibaz women’s team showed their prowess in the A section, filling the top two spots.

“It was a great starting point for us and our coaches were very pleased with the teams’ performances, which created excitement for the season ahead.”

She said the players would now focus on the pre-season Grand Challenge tournaments for the higher-ranked sides, with the lower teams preparing for their normal league matches.

“Our teams will also be supporting the local clubs in their tournaments during March, which normally take place on Saturdays.”

Goosen paid tribute to their sponsors, SPAR Eastern Cape, whose contribution meant a great deal to the club.

“It adds massive value to our operations as we strive to make a difference to the game and the players,” she said.

“With their sponsorship we are able to hold tournaments such as this, helping us to raise the standard of netball in our club and ultimately in the province.

“These events provide opportunities for players to improve their skills so the individuals and the sport of netball in our region benefit in the end.” 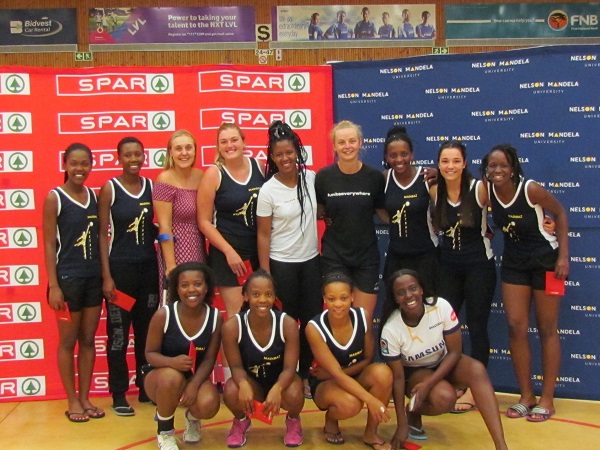