Pop artist Matthew Mole and Afro-soul superstar Zahara will headline the SPAR Delight in Summer festival that takes place at various venues in and around Port Elizabeth from December 16 to 31.

Mole is a singer-songwriter from Cape Town who made history when he became the first local artist to top the iTunes album chart with his debut collection, The Home We Built.

He will be on stage at the Movie and Carols by Candlelight evening at Happy Valley on December 22, supported by Port Elizabeth-born musician Claire Venn and Afro-soul singer Pam Jikwa.

Zahara will enjoy top billing at the popular Sizzling Sessions evening at the Tramways Building on December 27. She will be joined by multi-instrumentalist and vocalist Bongani Thulwana, pop singer Stuart Reece as well as other guest artists.

Alan Stapleton, SPAR Eastern Cape’s sponsorship and events manager, said one reason for being involved for the second year running was to link the festival with the “season of sharing and caring”.

He said they also wanted to use the festival as a way of thanking the city and its surrounding communities for their support.

“We would like locals and visitors to enjoy this little secret pearl of beauty that we have in Port Elizabeth in the spirit of family and fun.”

SPAR EC are working alongside Nelson Mandela Bay Tourism to make this year’s festival one to remember.

“As a leading supermarket chain, it is important that we walk together in sharing what PE has to offer,” said Stapleton.

The popular Opening of the Season event, which takes place at Hobie Beach on December 16, will kick-start the Delight in Summer festival.

This will be followed by the traditional fireworks display, which will officially declare the season open.

Holidaymakers can also look forward to the Uitenhage Picnic at Willow Dam on December 23.

The energetic five-piece reggae band Skank and the Roots will open the New Year’s Eve programme at Hobie Beach, supported by a bunch of entertainers and musicians.

A fireworks display will signal the end of the entertainment and the start of the new year at midnight.

Similarly, at Wells Estate, a first-rate line-up of artists will entertain people who gather there on the last day of the year.

Stapleton said they assisted in putting together a season of events suited to all ages so that family and friends could gather and share the spirit of summer.

His advice to the community was to “care deeply, give freely, think kindly and act gently”. 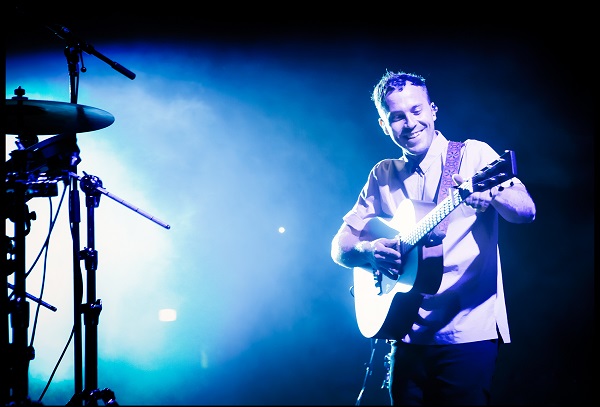 Pop artist Matthew Mole will be on stage during the SPAR Delight in Summer festival, which takes place at various venues in and around Port
Elizabeth from December 16 to 31. Photo: David Devo Oosthuizen