Organisers tick all the boxes at Tshwane Classic

Race organisers are leaving no stone unturned in their efforts to develop the Tshwane Classic into one of the premier road cycling races in the country.

Central to their planning is the element of total road closure for the 98km, 60km and 20km distances as they and the Tshwane Municipality embrace the key issue of rider safety.

More than 4 000 cyclists have already entered for the event that takes place on November 5.

ASG Events’ operations manager Darren Herbst said they understood they could face a few teething problems in implementing their plan, but they were confident the Tshwane public would understand the value of the race.

“The term total road closure is easily said and often taken lightly by cyclists,” said Herbst. “Before it is advertised, an organising entity must be 100 per cent convinced that the plan to ensure closure is executable.

“It’s one thing advertising it, but implementing it effectively on race day on 98km of roads only comes after countless hours of meticulous planning by city experts.”

He added that the City of Tshwane had been working tirelessly to overcome many obstacles that could potentially affect the success of the day.

“A total of 342 metro police officers, 250 marshals and more than 35km of barricading are among the elements that will be deployed,” he said.

“All bus routes will be diverted and all roads will be closed effectively by predominantly yellow plastic barricading, with the assistance of a massive personnel base from the SAPS and Tshwane Metro Police.”

He added that signage was already being erected on the race route to alert motorists about closures and various billboards in Tshwane were also being used to warn the public.

Meyer said the metro had urged residents to have patience on race day.

“We appeal to the road users to assist us on this occasion. We are convinced the public will embrace the Tshwane Classic when they come to understand its value for the city.”

The organisers see the event as one that could gain the prestige associated with the country’s major city classics.

It slots in two weeks before the 947 Cycle Challenge and serves as a premier seeding event for the other big one, the Cape Town Cycle Tour.

With the route taking participants past a number of historical landmarks, the metro have earmarked it as an opportunity to promote the city as a tourist destination.

The latest news is that the country’s biggest paper recycling company, Mpact, have partnered with the event to ensure the neighbourhoods are not affected by any race debris.

Besides using environmentally-friendly cups, teams of workers will be used to clean up at water points and the finish.

There will also be a series of kiddies’ events at the Voortrekker Monument, the official venue of the Tshwane Classic.

View more information on www.tshwaneclassic.co.za and see a breakdown of the road closures below. 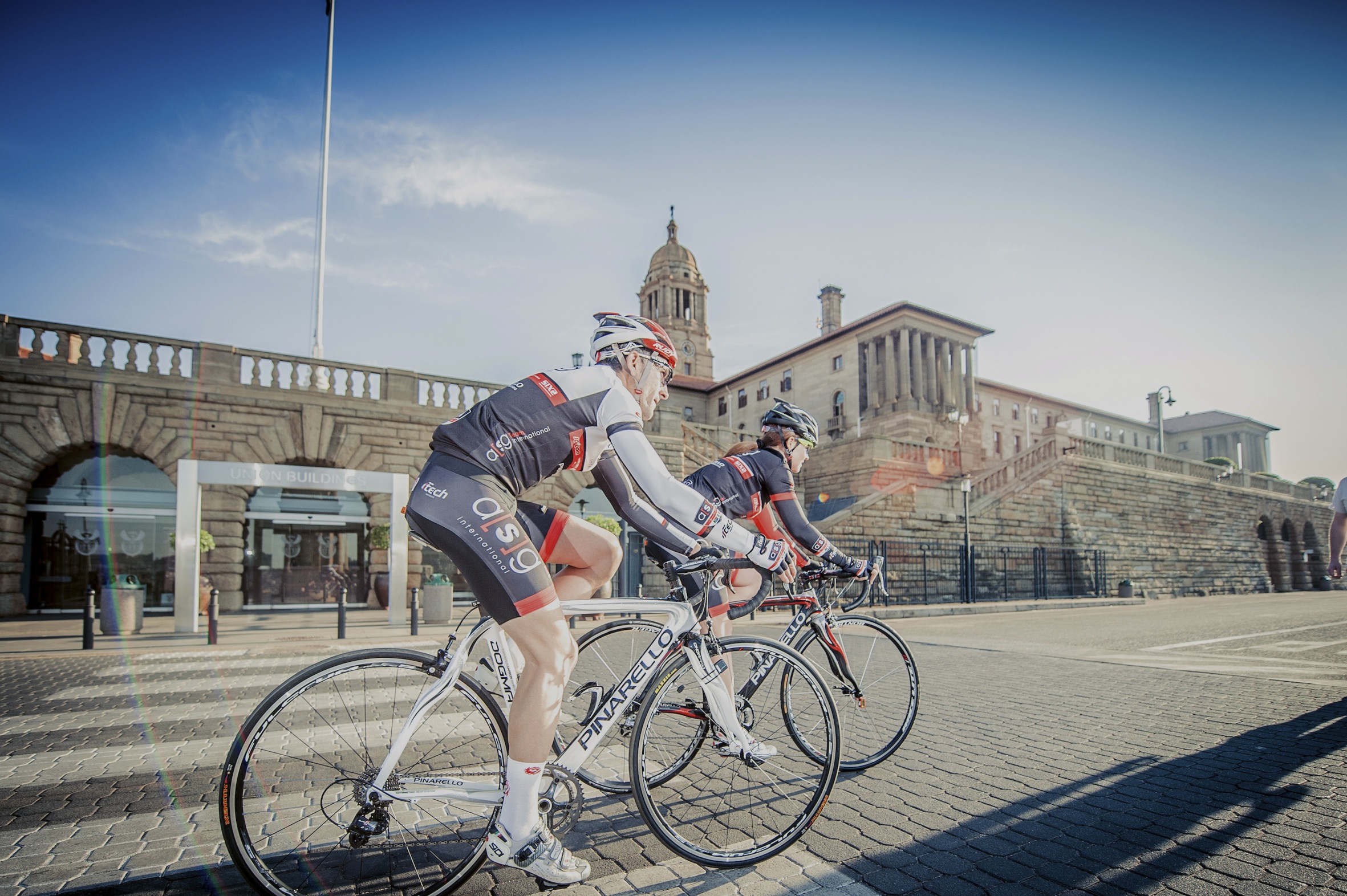 Starting and finishing at the Voortrekker Monument, organisers of the Tshwane Classic are planning a high quality offering, including total road closure on the 98km, 60km and 20km routes. Photo: Supplied