Five-time winner Gary Wheadon will be aiming to keep his lengthy streak alive when the NMMU Madibaz Open squash championships take place at the Port Elizabeth campus this weekend.

Starting on Friday, the organisers have again attracted a quality field for the tournament, including the Cape Town-based Wheadon who has won the men’s title each year since the event was reinstated on the calendar in 2012.

The left-handed 36-year-old, who lives in Milnerton, said he had always enjoyed competing in the Eastern Cape.

“The guys in Port Elizabeth have always been so friendly and enthusiastic so it’s always been good to play there,” he said.

“Although I am from out of town, I have always had great support in PE and I have had a lot of fun playing in all those events.”

Even at the relatively advanced age of the mid-thirties, Wheadon said he was still looking forward to competing at a high level.

“Thankfully the body is holding together at this stage and I’ve had some good years recently after going through a bit of a dip between 2008 and 2011.”

He has already competed in Port Elizabeth this year, suffering a rare loss when PE star Rudi van Niekerk defeated him in the final of the Londt Park Open.

“Yes, that was a good match, depending on your point of view, and there is a bit of a score to settle.

“I would love to keep going at the NMMU Open to try for 10 titles in a row, but at this stage I am just taking it one year at a time.”

Tournament organiser Sarah O’Grady said Wheadon, along with Van Niekerk, would be the strongest contenders for the title.

“But we also have NMMU number one Jason le Roux, and Sean Bailey in the top four, so there should be some really good squash over the weekend,” she said.

Among the women, O’Grady said Lizelle Goosen would be back to defend her title, with her main challengers being Jacqui Ryder, Janet Byrnes and NMMU’s Bianca Brown.

“We aim to attract top players from the province and around the country to play in the event and to be part of the NMMU family,” she said.

“We hope to take this opportunity to demonstrate to the players in the tournament what we have to offer as a university.

“It also gives the NMMU players, as well as the greater PE squash fraternity, a chance to compete against some high quality opposition.” 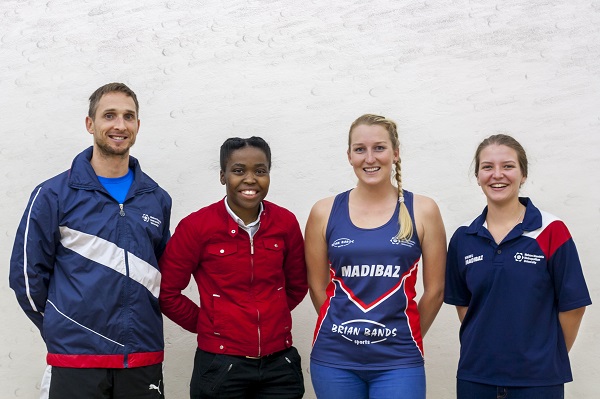