Gary Wheadon has made the Brian Bands Madibaz Open squash tournament his own since it was revived in 2012 and will be looking for his fifth title in a row at NMMU from June 17 to 19.

While the final entries only close on June 15, the four-time defending champion, who grew up in KwaZulu-Natal but now lives in Cape Town, has already confirmed his participation.

He will be keen to add another title to his list in one of the final tournaments for the provincial players to fine-tune their games for next month’s Jarvis and Kaplan Cup tournaments in Maritzburg.

“Gary will definitely be coming back to defend his title and we are still talking to a few other leading players to see if they will be able to enter,” said tournament organiser Jason le Roux.

Le Roux, himself, is certain to be among the contenders after missing out on the recent Crusaders Challenge when a bout of flu forced him to withdraw.

Saders winner Rudi van Niekerk could also be in the reckoning and, if he does enter, he would provide interesting competition for Wheadon, who is ranked sixth in the country.

Van Niekerk has been ranked among the top 20 players in the country over the past year.

Besides Wheadon, East London’s Geoff Stephen, who was runner-up at the Saders Challenge, and Grahamstown stars Matthew Tait and Jethro Thorburn are confirmed for the tournament.

Both Tait and Thorburn have been included in the EP teams for Maritzburg.

The Madibaz Open will be played at the North Campus courts. Registration is at the venue from 4.30pm to 5.30pm on Friday, June 17.

A Swiss pairing system will be used, with matches on Friday evening, Saturday and Sunday morning.

Entries can be e-mailed to madibazsquash@gmail.com. 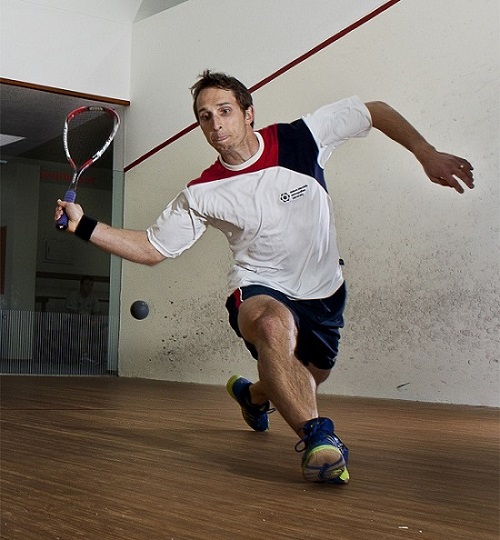 Jason le Roux from Madibaz will be one of the local contenders for next weekend’s Brian Bands Madibaz Open squash tournament. Photo: Joubert Loots