Having lost a number of senior players, a young NMMU-Madibaz team will be out to make a name for themselves in the first round of the Varsity Hockey tournament at the University of Johannesburg from Friday.

Although a number of factors have hurt the Madibaz’s preparations, coach Cheslyn Gie said they would target an improvement after ending sixth in the 2014 edition of the biennial event.

“We have a young team this year and our aim is to be in the top four,” he said. “Our strategy will differ for each team, depending on where their strengths lie.”

Gie, who is excited about the future prospects of the club, said they would rely on some of their senior members to make an impact.

“Players like current national star Ignatius Malgraff, with his electrifying speed and skill, and Chad Cairncross, who has improved his flicking ability, will play big roles.”

He said their goalkeeper Chad Durrheim, who has been in the SA squad in the past year or so, would also be vital to their cause.

With the SA interprovincial only having finished on Saturday, Gie said their preparations had been slightly behind where they would have liked to be.

“We have given those coming back from the interprovincial a rest and not having lights at our new facility has seriously cut into our practice times.”

With the Madibaz playing four games this weekend, plus a further four from May 13 to 16 after a three-day break, Gie said the depth of the squads would be key.

“It is very important. We have already seen some of the interprovincial players taking strain having to go straight into another event.

“We have however prepared the players as best we can.”

He rated champions UJ, along with Maties and Tuks, as the top contenders.

“It will definitely be them. They have recruited some of the best talent in the country.”

Gie said his players were excited and ready to be counted in the televised matches. 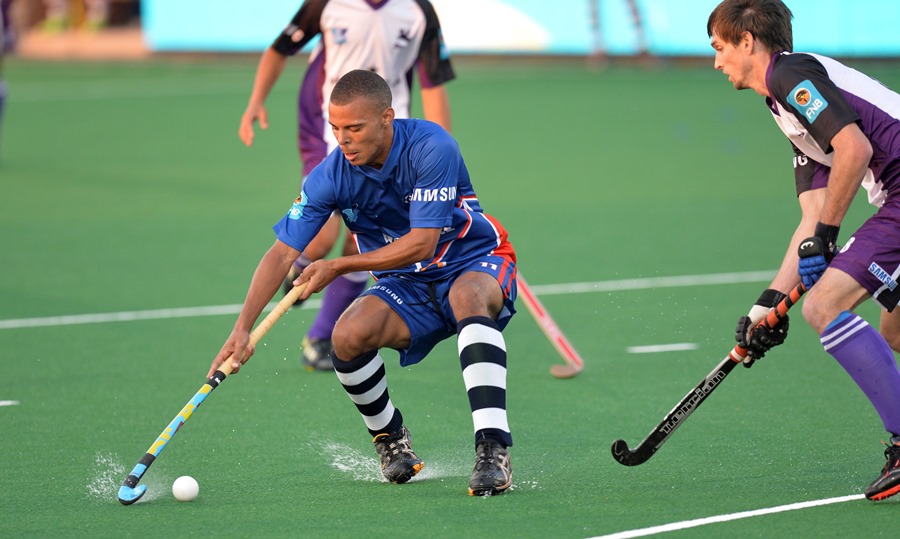 Senior Madibaz player Ignatius Malgraff will have an important role to play in the Varsity Hockey tournament starting in Johannesburg on Friday. Photo: Saspa