Despite a loss to North West University in the FNB Varsity Cup rugby tournament on Monday, the FNB NMMU-Madibaz remain determined to produced improved performances in their remaining three matches.

Playing against Pukke at a centralised venue in Johannesburg, the Madibaz went down 46-18, with coach David Maidza acknowledging they needed to improve their overall play.

“As I said after the Maties game, we need to improve our performances, but that has not happened and everyone in the group just has to knuckle down, and do their bit to the best of their abilities for the remaining matches,” said Maidza.

The Madibaz continue their programme on Monday (March 21) when they take on UCT in Johannesburg, and they follow that just three days later (March 24) against Tuks in Cape Town. They wind up their Cup commitments against CUT in Cape Town on March 28.

It will be a tough week for the Madibaz, but Maidza reiterated that the will to win was still there and that the spirit in the camp was good.

He will be looking to leading players such as skipper Ivan Ludick, loose forward Kevin Kaba and centre Jeremy Ward to lead the way for the rest of the programme.

Maidza said the Madibaz were guilty of making a poor start against Pukke, which forced them to play catch-up for the remainder of the game.

“We had a poor start and right through the game we played catch-up rugby,” said Maidza.

“The riot act was given to the boys because that was not the effort they have shown through the season. Pukke were dominant in most areas, but I really was not happy with the lethargic effort.”

The coach refused to use the disruption to the tournament following the university protests as an excuse for the Madibaz’s defeat, or the fact that the matches are now being played at centralised venues.

“I don’t think this has any bearing on the mindset,” said Maidza. “All the universities are playing away from home and we have to accept this, and start doing the things that the group promised each other from the start of the campaign and that was to work for the NMMU jersey.” 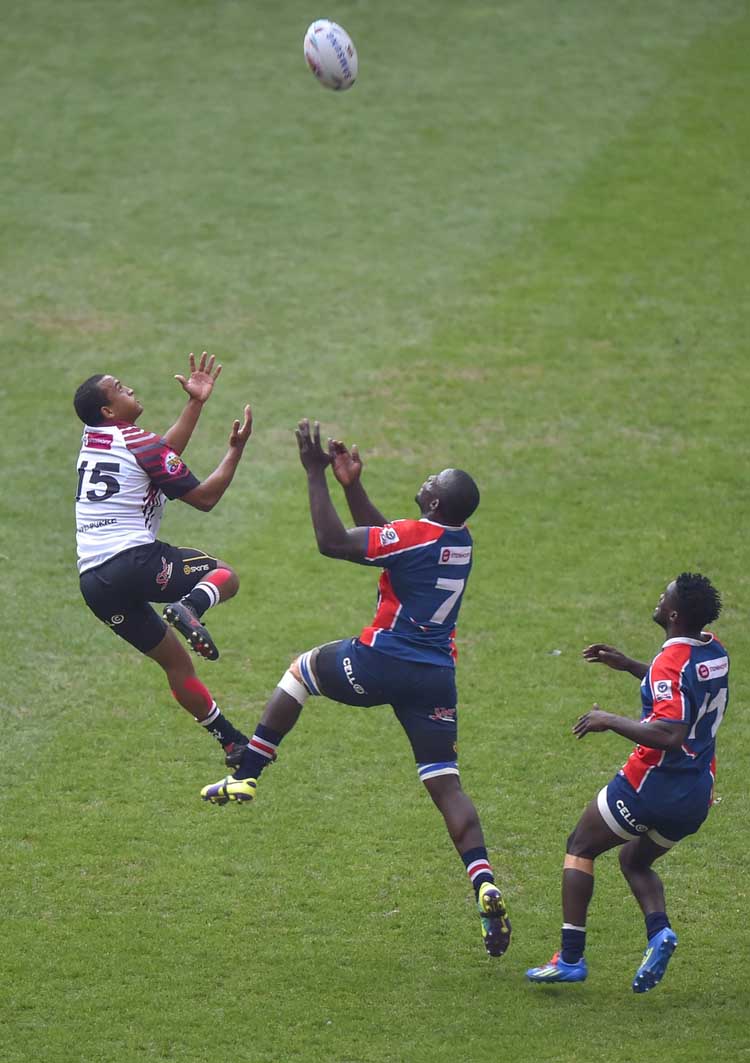 NMMU Madibaz’s Kevin Kaba challenges for possession in the Varsity Cup match against Pukke in Johannesburg on Monday. Photo: Saspa