DESPITE a break from the competition due to university protests, FNB NMMU-Madibaz coach David Maidza is confident his team will be ready for duty when the FNB Varsity Cup resumes on Monday.

The Madibaz will face Pukke in Johannesburg when the next round of the competition takes place at a centralised venue and their top priority will be to register their first win of the season after three defeats.

Two of those results, against University of Johannesburg and Stellenbosch, were extremely close and Maidza said the team were fired up to turn their season around.

To ensure they stayed in shape for the resumption of the competition, Maidza said the players had been involved in several games in the last fortnight.

“We have kept our sharpness with internal matches in the last two weeks, and the boys have shown a great attitude to staying positive for the competition,” said Maidza.

With Pukke having won two of their three matches, lying fourth on the log, Maidza said they were under no illusions as to the challenge which lay ahead.

“They are a well-rounded team, with good ball carriers and hard workers on the ground. We will have to play out of our skins to produce the desired result, but the boys are up for the challenge.”

Having had three games to assess the team’s capabilities, Maidza said the key issues for them were better ball retention and the elimination of errors, the sort of thing which cost them dearly against Maties and Shimlas.

“Our focus after the three games is to make sure we retain possession for longer periods as we were not going through many phases with it,” the coach said.

“We also have to make sure that we minimise the number of errors that have proved so costly at times.”

Maidza backed his team to improve their performances, saying they were a good enough unit to perform better in the competition.

He added they would not be looking any further than the next match, with a major focus on each player doing his job properly.

“We have to take it one step at a time and once the improvements I have spoken about happen, I am confident a good result will follow. 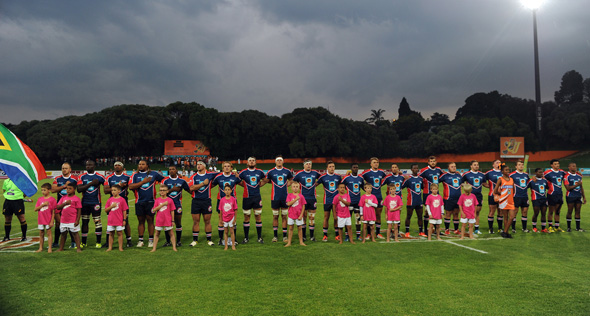