South Africa’s top road sprinter Nolan Hoffman emerged from the pack to win the first stage of the Bestmed Tour of Good Hope in sweltering conditions at La Paris Estate outside Paarl today.

After 98km of racing, the Team Telkom rider crossed the line in 2:17:55 to grab the first yellow jersey ahead of RoadCover’s Clint Hendricks and Dimension Data’s Jayde Julius.

“My lead-out was quite solid today,” said Hoffman. “I had HB (Kruger) pulling for me and Reynard (Butler) delivering me with about 300m to go.

“We misjudged where the line was and I had to sprint about 100m further, but Reynard did such a great job.

“When I came off his wheel I was already about five metres ahead. I just had to put my head down and keep powering.

“I think today is confirmation that the legs are good. I hope we can keep building this week.”

The 30-year-old from the West Rand, who will be gunning for a hat-trick in the Cape Town Cycle Tour on Sunday, said they immediately identified it as a stage to go for when the route was changed a few days prior to the event.

“We have two really fast guys in Reynard and myself and we knew the more rolling profile would suit us.”

Hoffman said it was a nervous start and they had to make sure that no big splits went up the road.

After several failed attempts, a group of four – consisting of Konny Looser and Sam Gaze of Songo.info and Chris Jooste and Kevin Patten of ProTouch – got away before the second sprint prime.

“I think we lost a bit of concentration halfway through the stage and let the break slip to about two minutes,” said Hoffman. “I panicked a bit.”

He said they were only able to reel in the last escapee – New Zealand’s Gaze -two kilometres from the end.

“We definitely had our work cut out for us, but my guys delivered me perfectly. So I’m happy with how things panned out.”

Olivier, who represented the national team at last week’s African Continental Championships, said it wasn’t a stage that they thought they could win.

“It was quite flat and I figured it would be a bit of a bunch kick.”

But, after winning both sprint primes en route, the 32-year-old, who is hoping for Olympic selection, said she had confidence going into the finish in the nine-man breakaway group.

“I figured there was a slight chance, yes.”

Apart from the professionals and elites, the Tour of Good Hope also caters for the country’s best category racing and open seeded riders. Full results were not available at the time of going to press. 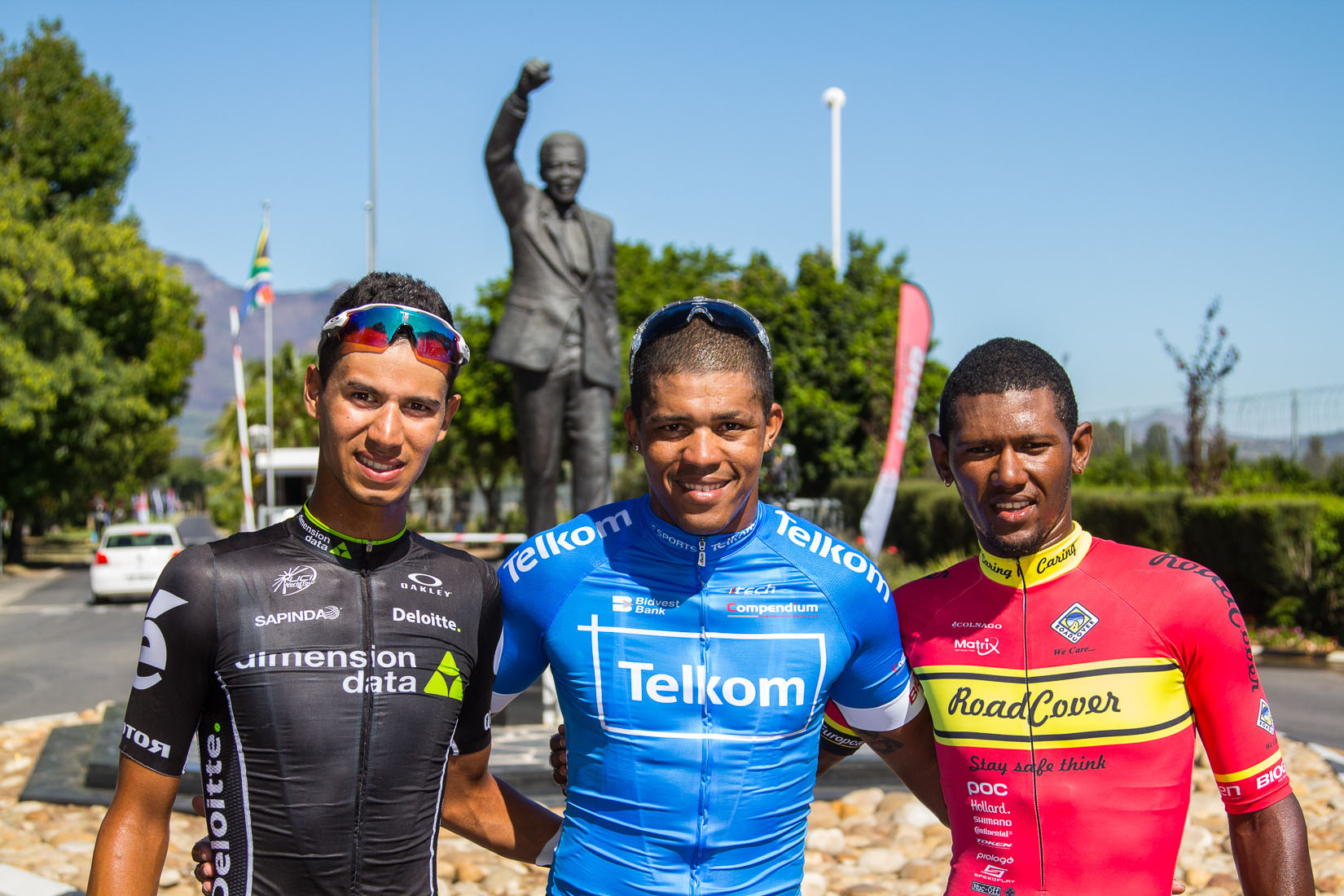