With it scheduled a mere week before the South African road championships, this Saturday’s Rudy Project Berge en Dale cycling classic on the West Rand carries extra importance for the country’s top professionals.

“Everyone will be looking for a good result a week before the nationals,” said RoadCover team manager Nic White, “and a lot of riders are working towards the Cape Town Cycle Challenge.”

Even though the feature race – which starts and finishes at Cradlestone Shopping Mall in Krugersdorp – was relatively short at 102km, White believed that it offered much benefit to those who were looking forward to the rest of the year.

“It is important to do well there, especially so close to the SAs,” said White, who won the veterans’ category last year.

He said the route was undulating but not too hilly and would suit riders who could escape on their own or sprint well from small groups.

“It’s pretty similar to last year, with the toughest parts at the beginning.

“Everyone has a strategy but there are many scenarios, so you must be able to change your plans.”

In the absence of Mpumalanga Cycle Tour winner Willie Smit, who was third last year but is currently competing in France, the team will be looking to road captain Bradley Potgieter, and Mark van der Merwe in the team vehicle, to call the shots as the race unfolds.

Potgieter, who won the green sprinters’ jersey in Mpumalanga, leads a young but exciting squad that includes Clint Hendricks, a fast finisher who has been on the podium several times already.

They will be supported by Stuart Fitzpatrick, who rose to prominence last year, promising youngster Kent Main and time-trial specialist Gustav Basson.

After the race, which is presented by Optimum Financial Services, the country’s top riders will transfer to the Silverstar Casino to take part in the first leg of the new ProTouch Cycling Club Criterium Series.

Because of road works on the N14 and R28, this year’s route has been slightly changed to ensure riders’ safety.

Route director Darren Herbst said the decision was made to divert the race from its traditional course towards the end.

“Riders will take a detour off Beyers Naude after Valverde Country Hotel to access Muldersdrift from the opposite side via the Cradle road past Kloofzicht Lodge.” 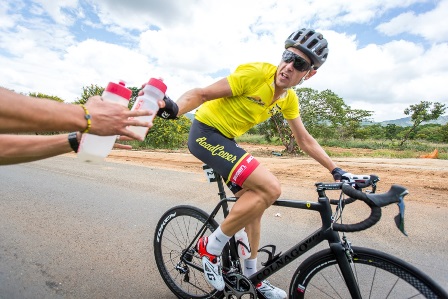