Organisers of the Old Mutual joBerg2c have announced that mixed teams will receive equal prize-money to men in the 2016 race.

He said the extra cash commitment was made possible by commercial law firm Lanham-Love Attorneys, who had come on board as prize-money sponsors for the mixed category.

“They are also experts on matrimonial matters, which is why this is a perfect partnership. Mountain biking either leads to marriage or divorce,” Wapnick quipped.

The move, which will see the top mixed team earn a R50 000 bonus, is aimed at attracting more female riders to the nine-day event, he said.

“Although we would have loved more female-only teams taking part, the growth has been slower than anticipated.

“Despite us trying to attract women with equal prize-money in the past, we have not had the support. Yet, the mixed category continues to grow.

“It is a chicken and egg story but we made the decision to support the mixed to capture the imagination of strong local and international teams.”

Leading the international entries in the mixed section so far are Sonya Looney (FreakShow) from the United States, the current world 24-hour champion, and teammate Yuki Ikeda (Topeak Ergon) from Japan.

They will face top local teams such as Grant Usher and world single speed champion Amy Beth McDougal (Valencia/joBerg2c), who placed second and first respectively in the inaugural Munga recently.

Wapnick said they had seen the same trend unfolding in other long stage races.

“If more women’s teams start entering, we will adjust the prize-money accordingly.

“I’m sure that once more females are introduced to our event through the mixed section, they might start forming teams.

“But, for now, we would rather have more women riding than not.”

The prize purse for the Old Mutual joBerg2c will be R350 000, which is an increase of around 40 per cent.

In addition, City Lodge will sponsor the age group categories with fantastic accommodation prizes worth R150 000.

Go to www.joberg2c.co.za tor a full breakdown of the prize-money. 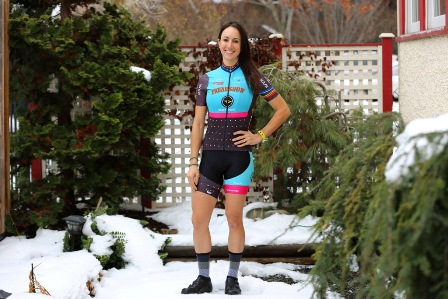