The Madibaz football team kicked off their Varsity Football campaign with a well-executed goalless draw against Vaal University of Technology at the Isak Steyl Stadium in Vanderbijlpark on Monday night.

“We played at a high intensity and we created opportunities. It was a strong opening for us,” said Madibaz football manager Mark Tommy.

According to him, the Port Elizabeth side started the 10-week national tournament very well.

He praised the Madibaz’s on-field organisation and said they had been more strategic and tactical in their approach.

“We definitely played to our strengths as a unit, making some good team play,” said Tommy.

“Our structure was more organised, we were more technical and we managed to wear them down as a team and take control.”

He said it was this ability to play as a unit as well as their fitness levels that would stand the Madibaz in good stead for the tournament.

“Our preparation has gone extremely well and we are hoping to make an impact over the coming weeks.

“The objective now is to pull out all the stops during the pool matches and get through to the semi-finals.”

In their opening match, Tommy said the visitors were able to dominate their opponents for the first 15 minutes, during which time a goal was disallowed for offside.

However, VUT came back strongly to go on the offensive until half-time, whereafter a resurgent Madibaz again took charge.

Tommy said that star striker Kieran Koert impressed until he was substituted for an injury to his shoulder.

Although unable to find the back of the net, teammate Cloudius Sagandira was named Samsung Super Striker.

“Their determination just shows that they are ready to fight for a top spot in this tournament,” said Tommy, who felt the competition would be very interesting this year.

He said Tuks, who are on the hunt for a hat-trick, were possibly the side to watch.

In round two next Monday, the Madibaz take on the University of the Witwatersrand at the Wits Stadium in Johannesburg at 6pm. 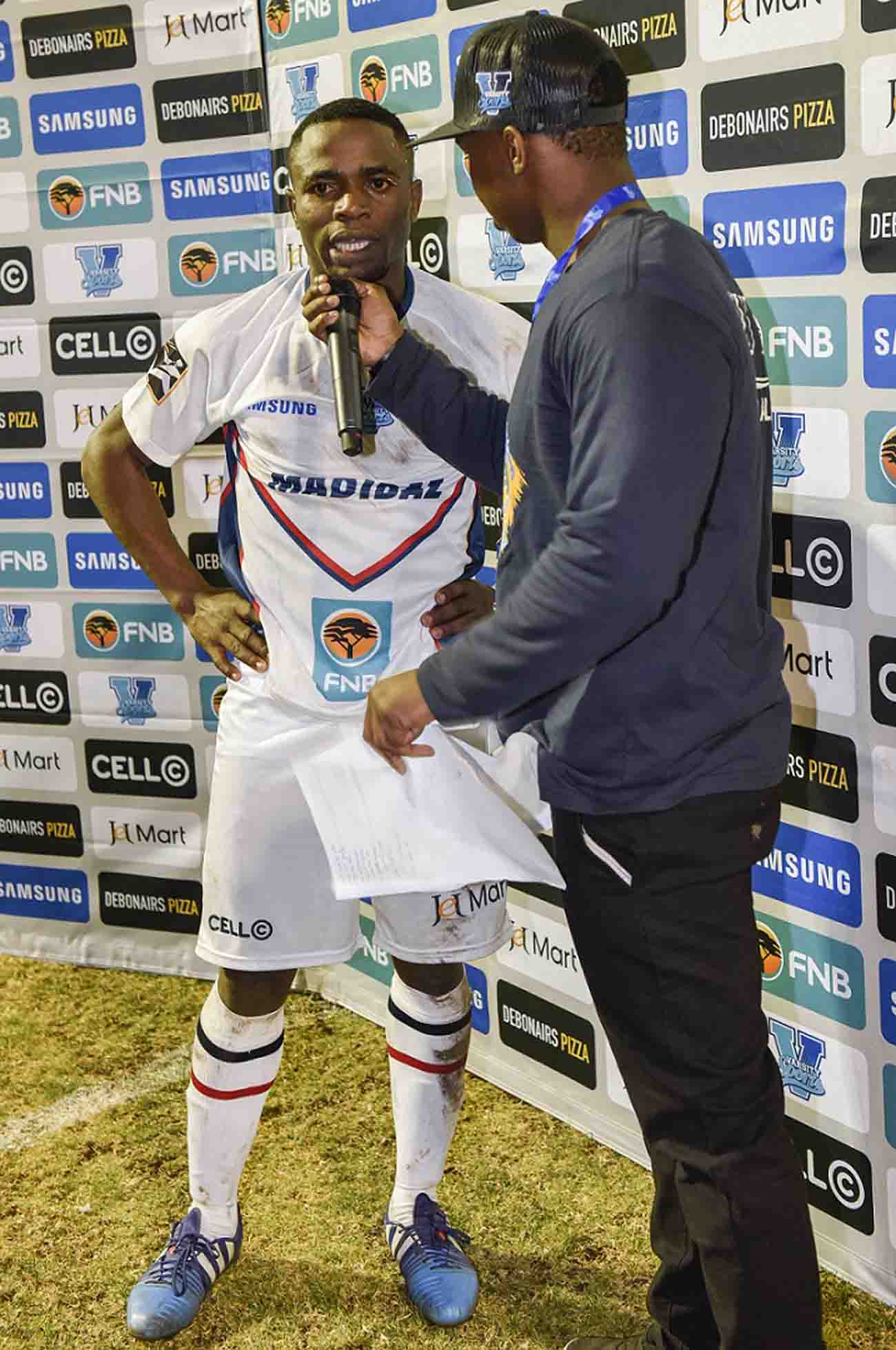