Overnight leader Willie Smit retained the yellow jersey after finishing third in the 140km second stage of the inaugural Bestmed Jock Tour, presented by ASG, in Nelspruit on Saturday.

Smit led out EuropcarSA teammate Ryan Gibbons in the final sprint at the Mbombela Stadium in the Mpumalanga capital to help him collect the stage victory in 4:00:46 ahead of Bonitas fastman Herman Fouché.

The overall podium remained unchanged with the former national student champion topping the general classification in 4:58:16, followed by local rider Nico Bell of RECM (4:59:08) and Stefan de Bod of MTN-Qhubeka (4:59:35).

After the tough opening day individual time-trial, the first of the road stages took riders on a gruelling circuit via White River and Sabie that featured a vertical ascent of 2 900m.

“I wasn’t really under pressure the whole day, except on Long Tom Pass when I had to cover quite a few moves,” said Smit.

“My teammates helped me get back to the finish and I wanted to help Ryan in the lead-out, which is the least I could do for all the work he’s done for me.”

The performance of the day however belonged to Altech-Autopage’s Pieter Seyffert, who made a bold solo move after the neutral zone and extended his advantage to more than four minutes over the next 80km.

Seyffert took the first two sprint primes and the king of the mountains hotspots on Spitskop and Long Tom Pass before the chasing dozen finally reeled him in at the 90km mark.

“I actually didn’t want to go away by myself,” said Seyffert. “It was unbelievably hard up front.”

He said his intention had not been to stay away all day as another hard route awaited on the third and final stage.

“At least I walk away with the king of the mountains jersey, so it wasn’t all in vain.”

Smit, who leads by 52 seconds, said the 132km final stage would be just as challenging as he expected strong tactical racing from the elite peloton in a bid to carve away at the deficit.

“Tomorrow’s quite a big day, but I don’t think Boulders is the climb to be scared of.

“It’s the 50km stretch to Barberton and then the Hilltop ascent just before the finish that will make the difference.

“Nelspruit has one of the hardest cycling terrains in South Africa. The route is undulating and you can easily blow completely on a long climb and lose minutes.”

The third stage, which features 3 100m of vertical climbing, covers the traditional one-day Jock Classique route from Nelspruit to Kaapmuiden and Barberton before finishing back in Nelspruit. 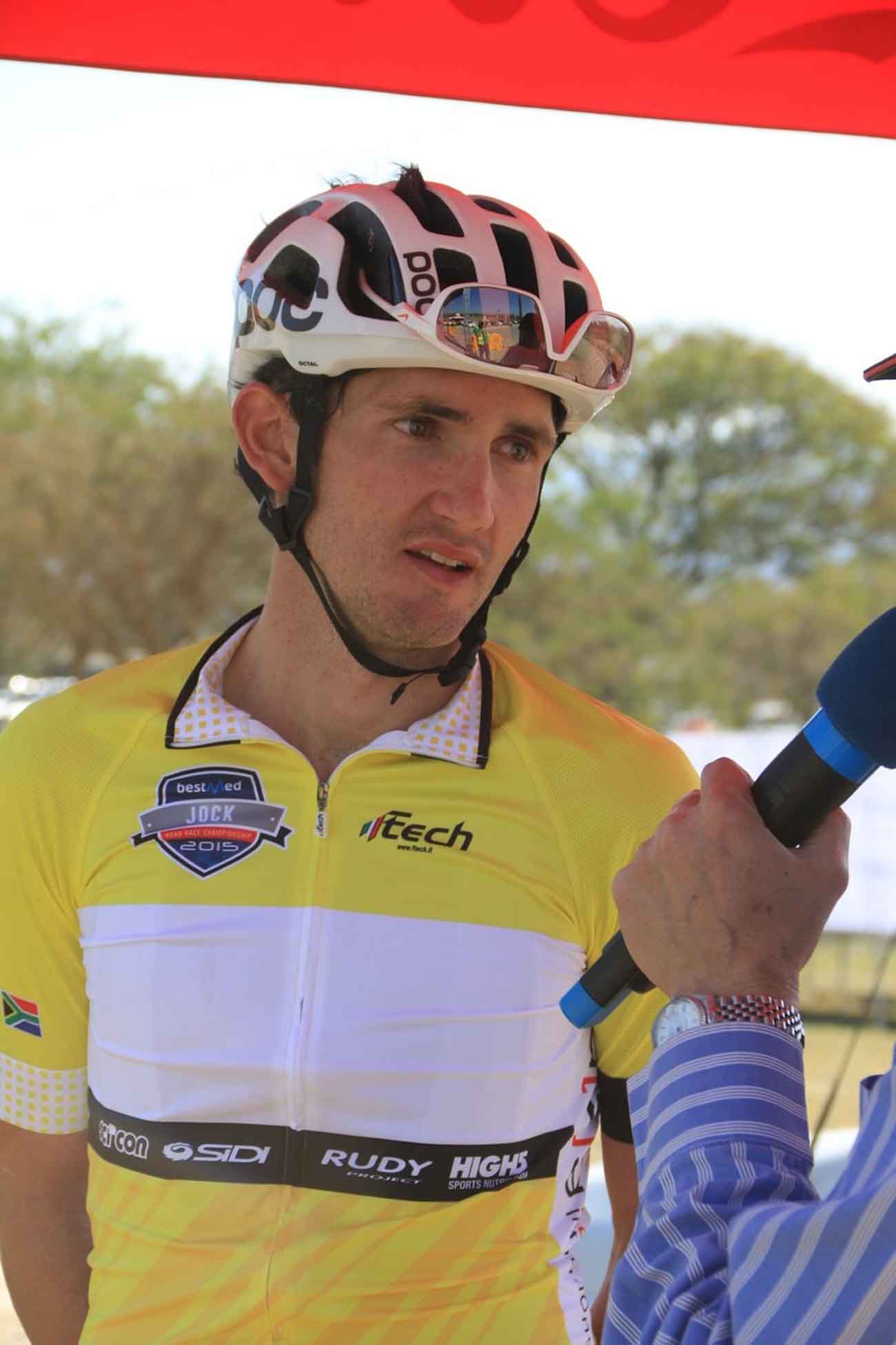