SPAR Eastern Cape and the Radisson Blu hotel cooked up a storm on Mandela Day with a special soup kitchen to feed Port Elizabeth residents in need on Saturday, July 18.

The retail giant, five-star hotel and other volunteers joined forces to prepare a massive 2 650 litres of soup in a tented mobile kitchen on the Pollok Beach lawn.

SPAR provided all the ingredients and cooking utensils, while the hotel’s executive chef Jonathan Hodder and his staff showed off their talents in front of the stove.

The rainy weather did not keep the residents of Port Elizabeth away as a total of 280 volunteers turned out and gave their 67 minutes of charitable service to peel, cut and chop the more that 420 kilograms of vegetables.

Among the volunteers were employees and their families from SPAR, Radisson Blu, Kallvest Security and Bidvest Food Services as well as members of the South African National Defence Force.

The nourishing soup was dished out and collected by eight charities, which included the community of Kleinskool, Healing Hands Foundation, The Salvation Army, Meals on Wheels, CareHaven, Love Story, Walmer Soup Kitchen and Missionvale Care Centre.

SPAR Eastern Cape sponsorship controller Roseann Shadrach said the retailer had decided to partner with the hotel in this initiative as it was the perfect fit, given that both were in the business of serving people through food.

“We pride ourselves on giving back to the communities that we serve,” said Shadrach.

“Giving someone who’s hungry a hot meal on a cold day is something so simple but it may just give them the strength to carry on.” 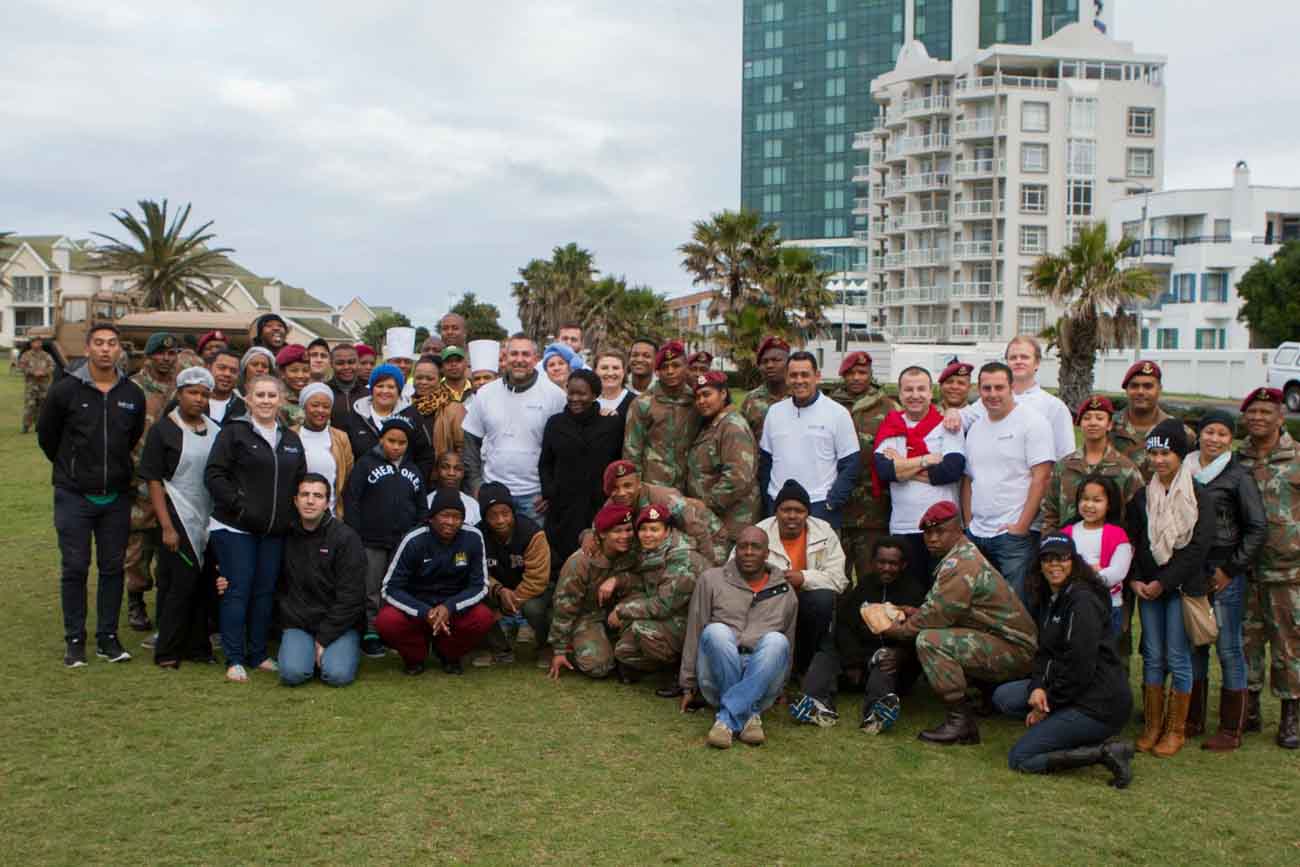 Issued By: Coetzee Gouws
On behalf of: SPAR Eastern Cape