Defending champion David van Straaten will be striving for his hat-trick when he lines up for the 60km Bestmed Sondela MTB Classic, presented by ASG, near Bela-Bela on Sunday.

This year, the feature race has been added to the line-up of seven events that make up the mountain biking arm of the new Bestmed National Cycling Series.

Van Straaten has dominated the event, which traverses the 4 700-hectare Sondela Game Reserve in Limpopo, for the past two years.

A former road rider, he has proved himself unbeatable on the flattish course that features testing sandy stretches of what route designer Melgard Meyer refers to as “horizontal climbing”.

“It’s not too technically demanding and I’m strong on sand, so I’d say it suits me very well,” said Van Straaten.

He said the major challenge would come from within himself, as he had been battling flu in the lead-up to race day.

“My fitness is not what it was in previous years but I will still give it my best shot to try and win.”

As team mechanic to the South African national cycling squads, Van Straaten has had his hands full off the bike this season.

“I’m not on top form at this stage as I was more focused on this and opening a cycling shop as well.”

He will be looking forward to testing his legs in the 40km warm-up race on Saturday.

Van Straaten’s wife, Ronel, also has her sights set on a third consecutive victory in the women’s race to complete a dominating double-header for their family.

“My wife will be participating in both the 40km and 60km races but she is also sick with the flu. She really wants to make it a hat-trick too.”

He said the family-oriented nature of the two-day cycling festival kept them coming back.

“We’re proud of our results here as it’s a sport we enjoy doing as a family; our 10-year-old son is also cycling.

“It also gives us a chance to camp and enjoy time with friends and family.”

More than 1 400 riders of all ages are expected to participate in the Bushveld’s biggest mountain bike bash.

Saturday is devoted to the family events, which include the 20km and 40km races.

In addition, there are two kiddies’ races on the menu – a 500m circuit for three to five-year-olds and a 5km single-track loop for children up to the age of eight.

The weekend draws to a close with the 60km feature race on Sunday.

There will be live music, a beer garden, restaurants and loads of nature-based entertainment for the children, including a chance to feed the farmyard animals and interact with cheetahs in the wildlife rehabilitation centre. 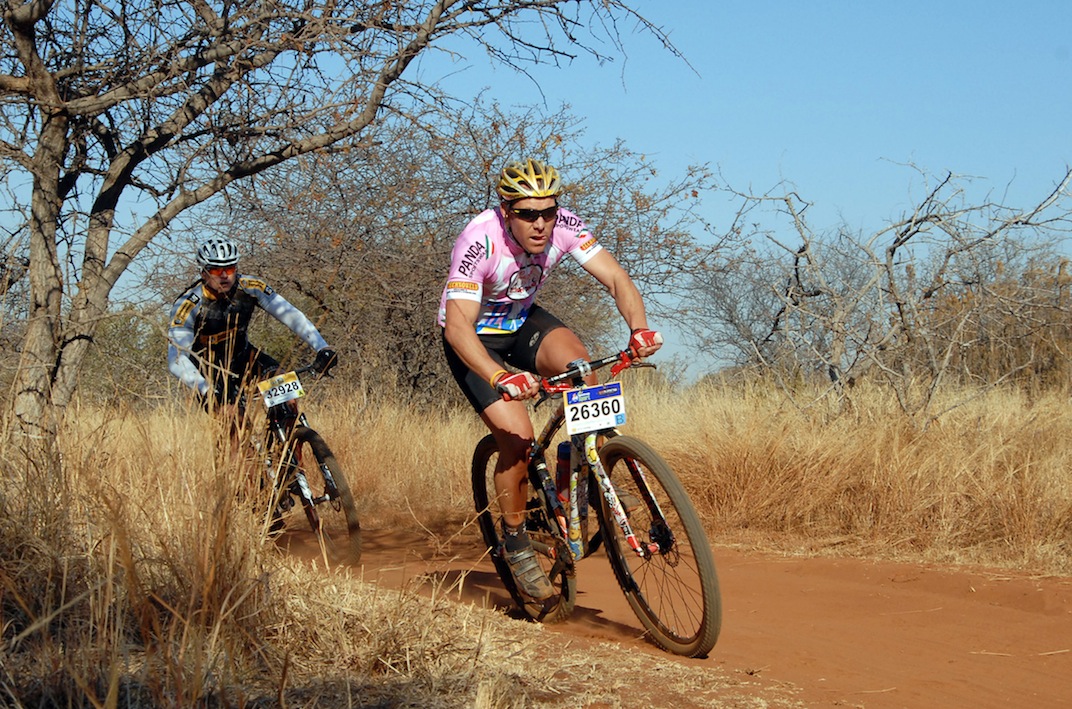