The NMMU Madibaz swimming and water polo teams are pinning their hopes on an overall podium finish at this year’s University Sport South Africa aquatics tournament, which starts at the University of Stellenbosch on Saturday.

The three-day competition will see the country’s top student talent from leading watersport universities making a splash for their various institutions.

According to Madibaz aquatics manager Melinda Goosen, the swim team would be aiming to move up the rankings after finishing just outside the top three last year.

“We came fourth in the swimming, based on the combined totals for our men and women, and would like to improve on those results.

“Although we were one of the smallest teams at the gala, we pride ourselves on the excellent individual results we were able to achieve.”

Goosen said the Clover Madibaz water polo club would also compete in both the men’s and women’s categories.

“Our ladies were fourth last year and hope to earn a medal this year. The men finished eighth and will also be looking to improve.”

She said the strongest threats were expected from hosts Maties, who are the defending champions in the swimming and women’s water polo, and the University of Cape Town, who hold the men’s water polo title.

Goosen said an additional motivating factor for participants would be their possible inclusion in Team SA for the 2015 World Student Games in Korea in July.

“SA swimming has a rich and successful history at these games. We are hopeful that both swimming and water polo will make the cut to go to Korea.

“If that is the case, this competition will be one of the qualifying tournaments for students to be considered for the team.”

Water polo action takes place from 7am to 5pm daily, with the swimmers taking to the pool between 6pm and 9pm. 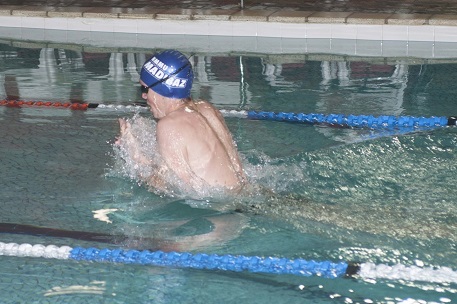