NMMU Madibaz newbie Sachin Jackson got his Varsity Football career off to a flying start when he notched up his maiden goal against the University of Cape Town in Port Elizabeth on Monday evening.

Jackson, also known as Sachiano after football star Cristiano Ronaldo, scored the opening goal of the match in his debut appearance for the home team.

The winger’s goal, along with his ability to create goal-scoring opportunities, earned him the Man of the Match award.

“I pushed myself to the limit and am so honoured to have won this award,” said Jackson.

He is no stranger to awards, having been named Player of the Year by his former football club, Ebenezer.

Jackson said his love for the beautiful game started at the age of seven when he first joined the club.

“A lot of my family members play football, so I guess it runs in the family.”

The 18-year-old, who attended Sanctor High School, has represented his district on various occasions.

He described his winning goal for Ebenezer against Glenville Celtic in last year’s night series as his career highlight.

“It was a spectacular goal which I will always remember.”

His ambition is to play professional football, but he will first focus on reaching his goal for this season.

“That is to win the top scorer award.” 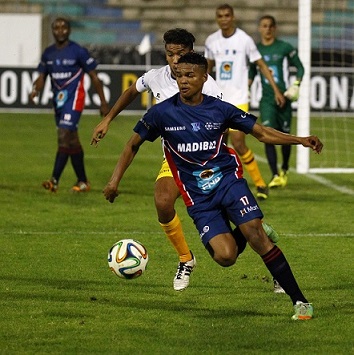