NMMU’s Northernz and Stallions teams will compete for a coveted Steinhoff Koshuis Rugby Championships spot when they face off in the final of the university’s internal league on August 28.

After nine weeks of competition, the two sides came out tops in the semi-finals, which took place at the Madibaz Stadium in Port Elizabeth on Wednesday.

The second semi-final made Koshuis Rugby history when Steinhoff Northernz and Steinhoff Harlequins ended in a 0-0 deadlock after 10 minutes of extra time.

The match then came down to penalty kicks to determine who would progress to the final.

Rademeyer slotted his kick first to put Northernz on the board and Stander replied without problem.

The experienced Van Eeden easily drilled the second kick straight through the poles but Botha was unlucky as his went over the upright to give Northernz a 2-1 lead.

Under mounting pressure, Van Brouwershaven missed, leaving Moolman to even the tally.

The second round of kicks saw Rademeyer make a successful attempt, while Stander pulled his left of the poles.

Van Eeden consolidated Northernz’s lead, but Botha redeemed himself to maintain the one goal difference.

But, in the end, Van Brouwershaven’s clean strike saw the ball, and Northernz, sail through to their fifth straight final.

The final kicks off at 6.30pm at the Madibaz Stadium on the NMMU South Campus. 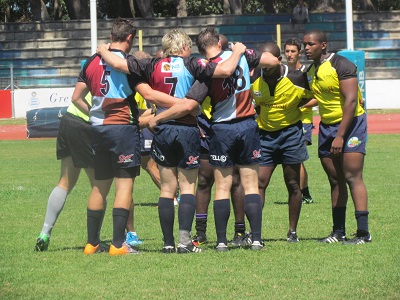