Entries are streaming in for Gauteng’s oldest – and coldest – off-road race, the Bestmed Walkerville Mountain Bike Classic on July 13.

Now in its 17th year, the race promises riders an authentic mountain biking experience that harks back to the early years of the sport, says route director Darren Herbst.

“The great thing about this event is that it’s almost a ‘back to your roots’ type of race,” says Herbst.

“A lot of the routes are old walking paths and cattle trails which we clean up and mould and alter a bit, so it’s got that real old-school type of feel to it.

“It’s all about real mountain biking, not these manicured highways that many other races are creating.”

He says both the 30km and 60km racing options offer their own authentic challenges, such as negotiating natural bumps, divots and grassy portions.

“So there are loose rocks and technical sections to deal with but it’s not so technical that the average social rider can’t compete.”

Herbst believes another reason for the race’s enduring success is the healthy dose of insanity that participants exhibit.

“You’ve got to be a bit crazy to brave the cold here at this time of year but, on the other hand, you’re rewarded with riding some awesome trails across private lands that aren’t open to the public at any other time.”

This year’s route crosses more than 15 farms, with some route changes necessitated by ongoing residential development in the area, he says.

“A new main road is also being built near the start/finish venue at the Walkerville Showgrounds, so we’re currently cutting about 10km of all-new single-track to take riders away from that section.”

Herbst says riders can look forward to traversing the Eye of Africa, the area’s biggest and most exclusive golf and residential estate, as well as spotting wildlife on the Stirrup Club game farm.

“I think this event has a bit of everything. Obviously the climbs make it a notch or two more difficult, but it’s not too crazy, just enough to give you a bite.”

The infamous Platberg climb has once again been included. At 1 830m above sea level, it takes the feature race participants up to the highest point in Southern Gauteng.

“The climb features in the early part of the 60km route, so those guys will warm up their legs quite quickly and then do a new-look loop towards the end.

“On the shorter distance, riders will do the loop first before heading towards the climb and detouring around it.”

While the total ascent for the longer route is 950m, the shorter event boasts just over half that, says Herbst.

“And when you get to the finish there will be plenty of food and refreshment stalls, as well as live music on the go. The showgrounds are a bit of a spectacle all on their own.”

A bumper turnout of 1 500 riders is expected for the long-standing event, which has just become the latest addition to Bestmed’s national stable of cycle races across the country.

According to Bestmed corporate communications manager Sasja la Grange, it fits in perfectly with their sponsorship strategy of supporting both the professional and social elements of the sport.

“Pro riders like last year’s winner Johann Rabie often use the main race as a springboard to launch the second half of their season, while families and friends just enjoy spending time together on the short course,” she says.

“We want to bring more events to the people that give everyone the opportunity to participate and cultivate a healthier lifestyle.

“As a medical scheme, we are seeing the growth of non-communicable diseases and want to be part of bringing positive change to professional cyclists as well as families wanting to enjoy a fun ride.” 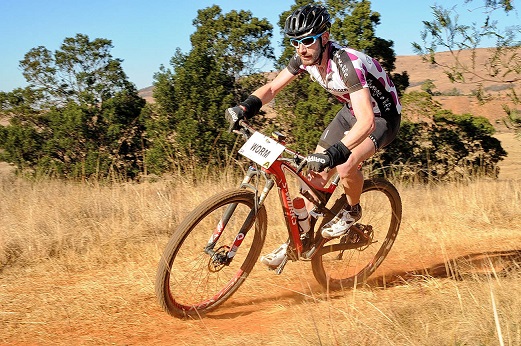