Billabong Madibaz’s Jean du Plessis was on the crest of the wave after winning the men’s title at the University Sport South Africa surfing competition at Victoria Bay near George recently.

The University of Cape Town’s Daniel Wilson and Varsity College’s Wade Simkiss made up the rest of the podium.

Du Plessis, who grew up in East London and surfed his way to third place at the national championships as an under-16, said he was stoked with the victory.

“We enjoyed some big waves, between four and six feet, and, although the competition was quite tight, it all came together for me in the final.”

The Madibaz’s success was made even sweeter when Du Plessis, teammate Dane van Greunen and Giles were selected for the Ussa national team that will participate in various international university surfing competitions.

NMMU George sport manager Hugo Loubser said he was very proud of the team, especially the men who had reached all of their objectives.

“Our PE campus did really well, especially after losing Josh Saunders (the team’s number one) very early on. The George men’s team have less experience and exceeded our expectations by beating Stellenbosch for fifth.” 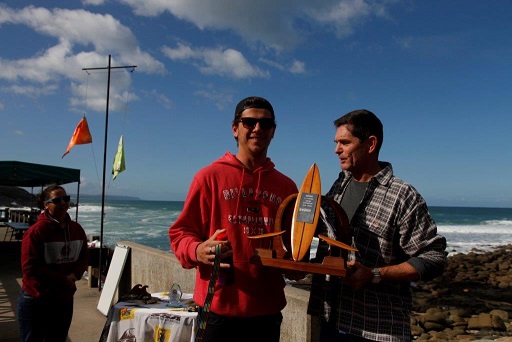