Eight University of Johannesburg students, club athletes and staff members will be jetting off to Glasgow, Scotland, for this year’s Commonwealth Games as part of Team South Africa.

UJ’s presence at the Games – which takes place from July 23 to August 3 – will be bolstered even further with three alumni sports stars also joining more than 150 of the country’s top athletes who will compete in 16 sporting codes.

According to the university’s coaches and sport managers, the chances are looking good for these sportsmen and women to bring home a few medals.

“Looking at our ranking list and the current performances of some of our athletes, UJ stands a good chance of bringing back at least three medals,” said senior sport manager Francois Fouché.

The athletics team heading to the Commonwealth Games includes 25-year-old transport management student Zarck Visser who will be participating in the long jump event.

Visser is currently ranked first in South Africa and Africa, second in the Commonwealth and sixth in the world.

He will be joined by fellow transport management student, 24-year-old Ruswahl Samaai, who lies second in the national rankings, fifth in the Commonwealth and 15th worldwide.

The 29-year-old triple jumper currently occupies the number one spot nationally and number five in the Commonwealth rankings.

Temporary UJ staff member Emmarie Fouché, one of the highest qualified jumps coaches in SA, will join them as the national jumps coach.

Emmarie, who said it was an honour to be able to “live out her passion at the highest level”, will be playing a vital role during the competition.

“The coach has to look after all the jumps participants, making sure they know exactly where and when they need to practice. Then also of course provide help and feedback during the competition.”

UJ will also be a force to be reckoned with on the hockey field with 24-year-old chiropractic student Bernadette Coston, who has 100 caps for South Africa, making the women’s team and 23-year-old finance student Clinton Panther included in the men’s side.

“It’s always an honour, not only for the players but also for UJ hockey, to have a presence in a national team,” said UJ hockey manager Elize le Roux.

“As an institution we feel we had a hand in their inclusion. It’s a feather in our cap and confirmation that we are utilising the right system in coaching our players.”

Le Roux added that hockey development was still relatively new to UJ, but that the university had high quality human resources in its players and staff.

UJ alumna Lisa-Marie Deetlefs and Marsha Cox will once again turn out for the women’s team, while Erasmus Pieterse has been included in the men’s squad.

Springbok rugby star Bryan Habana, who attended the former RAU, will take to the field as part of the rugby sevens team.

According to Francois Fouché, UJ was a generous contributor of talent for national and international teams.

“On a junior level, athletes like Monique Stander (800m) and Lizelle Jordaan (shot-put) will represent South Africa at the world junior athletic championships later this year.

He added that the institution strove to create a supportive high performance environment to develop talent and provide a platform for athletes to perform at the highest level.

“It means the world to us to have athletes in the Commonwealth Games team, especially in our attempt to make our mark as a club and university on a global playing field.

“These quality performances by our athletes cement our spot as the preferred sporting university locally and internationally.” 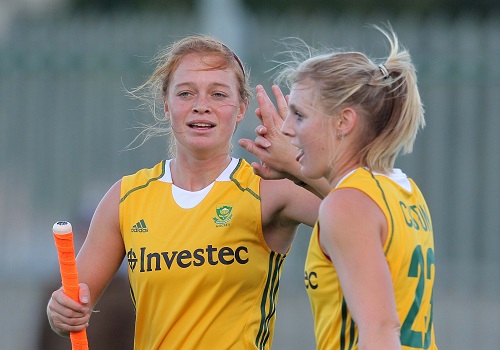