Potgieter is one of nine finalists in the small and medium enterprise sector, with the winner representing South Africa in the regional division of the pan-African awards in Johannesburg on July 30.

According to the judging panel, she was selected for the meaningful contribution she had made to her industry, which has also had a positive socio-economic impact on the country.

Potgieter said she was naturally delighted to be in contention for the prestigious award.

“I’m overwhelmed and very grateful to all the people of PE who’ve made it possible for me to get where I am and who believed in me.”

She said she could not have achieved what she had without the support of her employees, husband and family.

The real estate dynamo runs the biggest Re/Max operation in the Eastern Cape with three franchise offices in Lorraine, Walmer and Brymore.

As Re/Max’s number one agent worldwide in 2008, Potgieter personally trains her agents in the “100 days to greatness” programme, which has helped the franchise achieve market dominance in the metro.

She is also a founding member and vice-chairman of Real Estate Business Owners of South Africa, which provides a platform for smaller agencies to be equal role-players in the sector.

A former teacher, Potgieter said education and training was a key component of her social responsibility programmes, one of which is a tertiary education fund for residents of the MTR Smit Children’s Home, which was established as part of the Givers’ Gain initiative.

“I like to invest in children so that they develop into better adults who will become the future cornerstone of our society,” she said.

“Making a positive contribution to people’s lives in everything I do is really of utmost importance to me.”

Regional awards evenings, honouring the national winners in 25 sectors, will be held in SA, Mauritius, Kenya, Uganda, Ghana, Cameroon, Morocco and Zambia from July to October.

The overall continental winners will be announced on October 30. 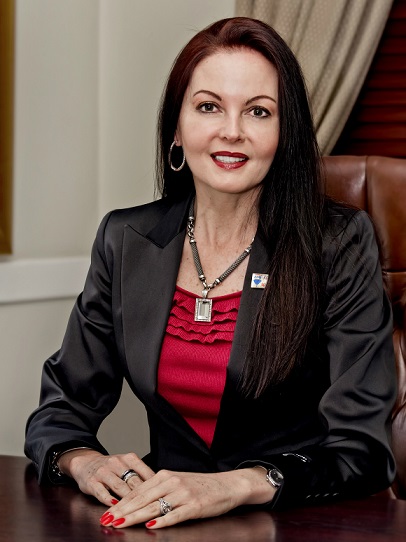