A top London estate agent is ploughing back his expertise gained abroad into his hometown of Port Elizabeth as Re/Max Independent’s newest recruit.

Born and raised in PE, Bernard Richter started his career in the property industry after a shoulder injury while playing rugby abroad forced him to find alternative employment.

“I was chosen for the South African rugby college under-21 side and through this had an opportunity to play abroad.”

It was while playing in the United Kingdom that Richter broke his shoulder.

“I had to get a job and felt I didn’t want to be stuck behind a desk from nine to five.

“I figured I enjoyed people, had an interest in property through my mom, who’s an estate agent, and might find working as an agent to be just the right job for me,” said Richter.

The former Graeme College and Victoria Park High School pupil’s business and marketing studies at Damelin College stood him in good stead as he started his career at the London-based Rolfe East estate agency and quickly moved through the ranks.

“When I started I was a real rookie but really wanted my particular office to do well. I replaced a man who had just resigned and I felt from the start that if I wanted this job, I needed to pull in some figures.

“I got to work early and stayed late and my boss recognised this, started giving me incentives and praising my efforts.”

He said the recognition made him feel good and spurred him on to do more and more.

“Over time I was given additional responsibility and responded well to pressure but always did what I said I was going to do for my clients and this seemed to be the key to my success.

“If you just do what you say will, call when you say you will, keep things simple and be honest, I guess you have a winning formula and it’s one I’ve stuck with.”

Richter was also the first manager at his company to gain his National Association of Estate Agents (NAEA) qualification, which consisted of various examinable subjects such as property law, practice and procedure, financial crime, building design, consumer protection regulation as well as ombudsman compliance and rules.

“I became area manager running two offices and was the lead person when it came to valuations and mandate hit rates – taking on more than anyone else.”

By the time he left the UK three weeks ago, Richter had taken the company to the number one spot out of 73 competitors in the area.

“My firm sponsored me to stay in the country and obtained a work permit for me as they didn’t want me to leave.”

But, after 13 years, he decided it was time to come home and said he was very happy to be investing his experience in his new venture with Re/Max.

Richter added that he had realised that the local industry was “very different” to its British equivalent.

“In fact, agents seem very nice to each other. Most split deals with each other, which is unheard of in London.

“And no one poaches competitor’s properties, which happened all the time in the UK.

He added that letter drops and canvassing were far less prevalent than in London.

“Unless you tell people you’d like to do business with them, how would they know?

“Then, of course, a big plus about working in South Africa in the property industry is that you get to show houses in the sun, which is a lot more enjoyable than in the snow.” 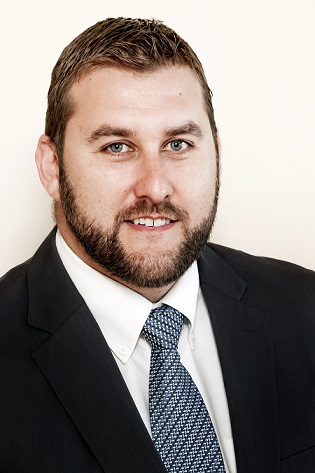