A record number of teams are expected to show their mettle on the netball court as the first tournament of the year kicks off at the Nelson Mandela Metropolitan University in Port Elizabeth this weekend.

According to Madibaz netball manager Theresa le Roux, an unprecedented 54 teams will compete in the annual SPAR NMMU Netball Tournament on Saturday.

“Never in any local tournament have there been so many entries and that shows me that people are hungry to start off the local netball season with a bang,” said Le Roux.

She added that this would also be the first opportunity for coaches to see their teams in action and make the necessary adjustments for the upcoming season.

The tournament takes place at the university’s 2nd Avenue Campus in Summerstrand from 8am and showcases the region’s top talent, including SPAR Proteas stars like Zanele Mdodana.

“All the local clubs have entered, but we also have some teams from East London and Grahamstown participating. All the top local players will be in action throughout the day and the finals will be played at 5.30pm.”

Le Roux said defending champions and hosts SPAR-NMMU would be the team to watch as they have been unbeaten since the tournament’s inception in 2009.

Although netball is traditionally a female sport, a number of clubs have developed strong men’s teams.

“A few clubs have also entered men’s teams for this weekend’s tournament. We will see teams from SPAR-NMMU, St Albans, Phoenix and Walter Sisulu University participating.”

She said that the men played by exactly the same rules as the women’s teams but that their strength and skills were often better than their female counterparts.

“It will really be nice to see the top two sides – SPAR-NMMU and Walter Sisulu University – in action.”

Le Roux encouraged netball enthusiasts to support the teams and enjoy the atmosphere.

“We will create a fun, festive vibe with great music and refreshments on sale the entire day. For those who don’t want to miss out on other sport, the day’s rugby will also be screened between the netball matches.”

For more information, find SPAR EC in Action on Facebook. 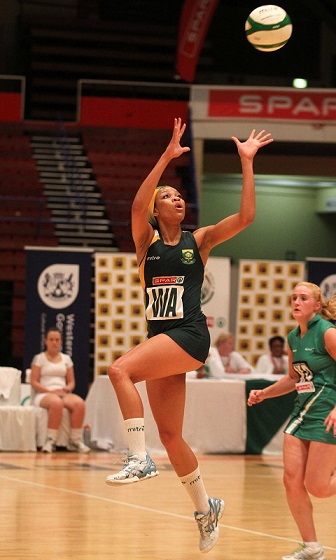 The SPAR Proteas’ most capped player Zanele Mdodana will be one of the players to watch at the annual SPAR NMMU Netball Tournament, which takes place at the 2nd Avenue Campus in Summerstrand from 8am on Saturday.