The seven-time Cape Argus Pick n Pay Cycle Tour champion, who won The Herald VW Cycle Tour two weeks ago, crossed the finish line along the Esplanade in 2:44:21 with Hertel just a second off. Veteran roadie Amanda Akom finished a distant third in 3:01:47.

East London-born Barrow said the racing conditions had been near perfect, with a light drizzle keeping the heat off.

He said the Bestmed-NMMU team had pushed the pace from the start of the 100km classic.

“In the beginning I was with them. They were racing and I was on my own.

“So I had to play the race really well because they had the numbers.”

Being isolated, the 23-year-old said he had to choose his efforts well. He did this successfully and when the winning break went clear at the 25km mark, he was one of the five-rider selection.

They group stayed together until Barrow and O’Reilly forced a move with two kilometres to go, leaving the Madibaz riders to chase hard.

“It came down to a sprint and I managed to hang on and take it.”

This is the second podium in as many weeks for the young climber, who took the runner-up spot at the 99er Cycle Tour in Cape Town last weekend.

The Buffalo City race was the culmination of a full weekend festival of cycling that started with the mountain bike races and Nutri-Kids Mini Cycle Tour on Saturday. 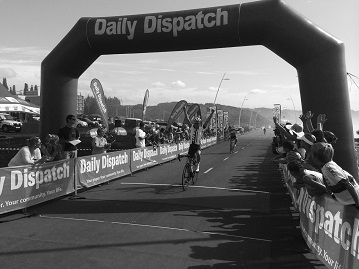 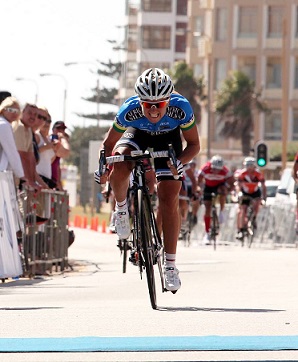