It will be a case of David versus Goliath when Port Elizabeth’s best riders take on South Africa’s top pro teams at The Herald VW Cycle Tour on Sunday.

The field for the 29th edition of the 106km Classic includes the likes of two-time winner Nolan Hoffman and 2012 champion James Perry, who will line up for the seven-strong Team Abantu.

Tour specialist Girdlestone is a two-time Bestmed Jock Cycle Classique winner and also claimed overall victory for the Cycling SA national team at the Tour of Rwanda in November.

“It’s still early in the season, so we’re not sure what to expect racing against the pros. But we’re definitely not going to stand back for them,” said Prinsloo.

“It’s our first big race of the year and our main focus is to ride as a team and measure ourselves against the country’s best.”

He said his team, which leads the local Masters and Ladies Cycling Club summer series standings, had been training hard and currently had good form.

“I’ve won the last three Masters and Ladies races – all quite solid victories – so I’m positive going into The Herald.”

“We’ll just try to stay up front with the leaders for the first part of the race and go with the breakaways when they happen.”

He said Eritrean rider Nahom Desale would also bring invaluable experience to his young side.

“He rode for the World Cycling Centre team, so he’s got good racing experience.”

Desale was part of the WCC team that defeated Bonitas in the 2012 Engen Dynamic series.

With the national road championships starting just two days later, NMMU captain Viljoen said he would use the PE race as his final preparation for the competition.

“I will be racing in the sub-vets category at the nationals this year, so the standard of the elite race on Sunday should be at a higher level, which will give me a good indication of my form.”

As team captain for the local event, the 29-year-old said his role would be to keep his squad calm and focused.

“As a fit young rider, one can sometimes get carried away and spend unnecessary energy during the initial stages of the race, which can be costly during the latter part.

“My biggest challenge will be to ensure that the team makes the correct tactical decisions on the day, especially in the presence of the best riders in the country.”

He said the new European-style route, with its four short climbs, would provide some exciting racing action for spectators.

“The new route really exploits the climbers during the first half and then suits the sprinters in the second half, which makes the race wide open.”

Aside from the main prize purse, the fast men will race for the sprint prime on Buffelsfontein Road, while the climbers compete for the King of the Mountains title on the Maitlands climb.

“As one of the strongest local amateur teams, everyone in the NMMU team is hungry for a good result.”

Accessible spectator points along the route include the new Dream Mile on Lakeside Road, the traditional Maitlands hotspot and the finish line at Hobie Beach.

FAMILY AND KIDDIES’ ROAD EVENTS
Race Village, Reach for a Dream Gazebo, Hobie Beach, Port Elizabeth
7.30am to 8.30am

CHECK YOUR CHIP – Roadies doing the 106km Classic and 55km Pursuit should bring their Racetec timing chip to ensure it is in good working order. There will be a mat where chips can be checked.
BIKE PARK – Should you wish to park your bike in a secure area after your race on Sunday, please buy a ticket from the info desk at registration.
CSA LICENCES – Professional racing licensed riders are reminded to bring their licences along, to be checked by the head commissaire at registration. 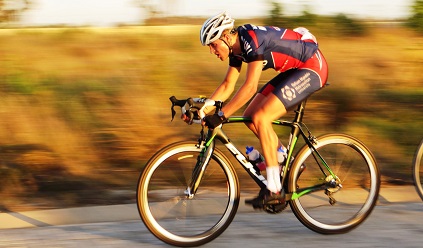 Top local rider Marinus Prinsloo and his Bestmed-Shukuma NMMU team-mates will take on South Africa’s top pro teams in the 106km Classic at The Herald VW Cycle Tour in Port Elizabeth on Sunday.