University of Johannesburg head coach Werner Janse van Rensburg has started his new-look rugby squad on the road to the Varsity Cup with a series of warm-up matches.

Over the next few weeks, FNB UJ will take on neighbours Wits, TUT and Centurion Rugby Club en route to the high-profile tournament that kicks off early next month.

Janse van Rensburg’s side got off to a promising start in their pre-season friendly against the Shimlas in Kroonstad last weekend.

The recently appointed coach said the encounter, which was played in 25-minute chukkers, was focused more on testing the whole squad than the final result.

“The format gave us the opportunity to sort out combinations, give game time to players and select our group for the training camp.”

Janse van Rensburg said the pre-season fixtures formed an important part of his team’s preparations for the Varsity Cup.

“It gives us the opportunity to blend the squad as a team, set our goals and make the players understand what we feel is the best way for them to play to ensure success.”

The former Golden Lions Craven Week coach is well equipped to guide the tertiary institution, having risen through the coaching ranks at his alma mater over the past decade before claiming the top job.

He will be assisted in his task by the formidable pairing of former Springboks Gcobani Bobo and Ian MacDonald, who will coach the backline and forward pack respectively.

“It’s a massive privilege for us, and for me. Ian and Gcobani have already added lots of value to the team.

“Their input is world class and plays a big role in our whole approach.”

“Our goal was to give direction and add the detail to our way of playing, which can only be done with a smaller group.

“It will be a lot of these players’ first Varsity Cup and, with the new coaching staff, we needed to spend time away together.”

Janse van Rensburg said his final unit would be a good mix of new blood and seasoned campaigners.

He said experienced scrumhalf and UJ’s USSA Player of the Year Jacques Pretorius would take over from Justin Wheeler as captain.

“We have a couple of players returning who we will depend on to assist the new players in the competition, and through this the whole team will come to the fore.”

In a tough draw for the Johannesburg outfit, FNB UJ will kick off their Varsity Cup campaign with an away game against defending champions Tuks on February 3.

UJ went down 61-24 to the Pretoria-based team in last year’s semi-final.

Despite this, Janse van Rensburg remained unfazed by the upcoming encounter.

“Obviously it will be a tough fixture as they are a class university and team but the competition is of such a standard that any team we face is going to be hard to beat.

“It’s a new season with a new team and thinking about the past will only make the challenge bigger, so we’re just focusing on the present.”

While winning the Cup was their ambition, Janse van Rensburg said his team would take it one game at a time.

“Like anyone else we would obviously want to win the competition but our goal setting will be week by week, as focusing too much on the end goal can easily distract us from our immediate one.”

Tickets for the Varsity Cup games cost R20 and are available from January 22 at all UJ Gymnasia and the UJ Unlimited shop. They can also be purchased at the ticket station and caravan outside the UJ Stadium on match day.

UJ Varsity Cup supporters’ shirts are sold on campus and UJ Alumni tickets may be booked via email at laurend@uj.ac.za. 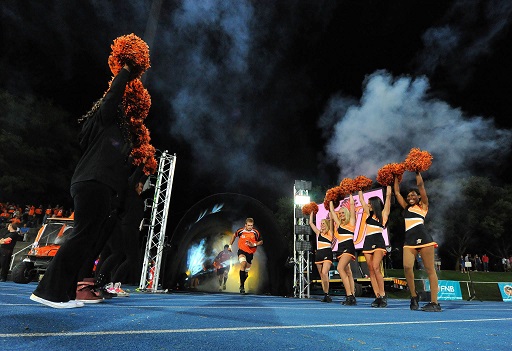