Organisers of the SPAR Kowie River Mile are anticipating a bumper field of more than 500 swimmers for the second edition of the open-water event on December 29.

The latest addition to the River Mile family takes place in Port Alfred and is expected to draw crowds of swimmers and spectators from holiday towns along the Sunshine Coast.

Participants will be taking to the water for a good cause as the proceeds from their entry fees will go to the local Sunshine Coast Hospice, which provides home-based care for terminally ill patients in the area.

“The event is quite unusual for an open-water swim because it starts at the mouth of the Kowie and heads upriver.”

Long said the day’s line-up offered something for everyone, with races for swimmers of all ages and fitness levels.

“There will be prize money and trophies for the serious competitors and stacks of lucky draw prizes.

“The emphasis is on family fun and entertainment, with lots of food and craft stalls, good music and a great vibe.”

She said the support of new title sponsor SPAR Eastern Cape would help to grow the event in line with their vision to become a major summer season event.

The first 500 entrants will receive goodie bags and t-shirts courtesy of the title sponsor.

Racing starts at noon under the watchful eye of the Port Alfred branch of the National Sea Rescue Institute.

Zports Event Management, which runs the successful SPAR River Mile on the Sundays River, will be responsible for the race timing.

Enter online at www.kowierivermile.co.za. Alternatively, get an entry form from Nemato SPAR and Rosehill SUPERSPAR in Port Alfred or Sunshine Coast SPAR in Kenton-on-Sea. 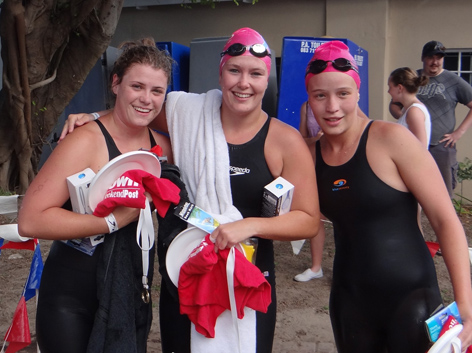