The University of Johannesburg will be aiming to strengthen its position in tertiary rugby when its new-look sevens side runs onto the field for the Varsity Sports tournament in Camps Bay, Cape Town, on November 29.

According to coach Freddie Grobler, only four players remained from the team that finished a respectable fifth in the inaugural competition last year.

“It always thrills me when new talent stands up to be counted. We have a very young but exciting side.”

Grobler said the likes of fullback Tommy Damba, who was part UJs 15-man squad that beat Maties in the final of the University Sport South Africa (USSA) tournament this year, would be a welcome addition.

“Although Tommy comes from a different code, he’s explosive and sevens suits his attributes. I can’t wait to see him in action.”

He also named U/19 players Aphiwe Dyantyi and Leon Potgieter as players to watch.

“Aphiwe has a real feel for sevens, while Leon’s speed and power mean he will play an important role for us.”

Grobler said the depth of talent in the squad and hard work made up for any lack of experience on the youngsters’ part.

“We started early with our preparations and have played five tournaments so far this year. It will be a very tough competition but I’m confident that we will do well.”

He said his side had trained hard for the 10-team tournament, which was won by Maties last year.

“We back ourselves to do well but Maties and Pukke will always be strong as they play several sevens tournaments throughout the year and we could see the advantage last year.”

Grobler said the three-day competition in Camps Bay would also provide a chance to gauge the opposition for the USSA sevens in George the following week.

UJ lost out on the latter title in the dying moments of the 2012 final against the Maties.

“It would be great to be champions in both tournaments. Our goal is to be the best in the country and we are working hard to achieve that.

Referring to their successes in the 15-man format, Grobler said he believed things were moving in the right direction.

He however added that good performances in the Varsity Cup and Varsity Sports Sevens were becoming increasingly important.

Morné Laubscher will captain the side, with Adriaan “Juffrou” Vermeulen his vice. 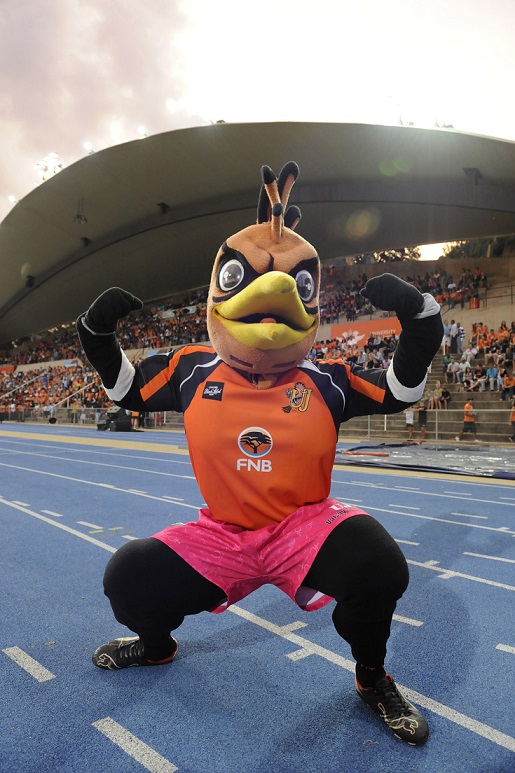 The University of Johannesburg’s mascot, Hoopie, will be  cheering his team on at the Varsity Sports Rugby Sevens  tournament  in Camp’s Bay, Cape Town, next weekend.