The opening kilometres of the Kia Walkerville Mountain Bike Classic, presented by ASG, will separate the men from the boys as riders ascend to the highest point in Southern Gauteng on the morning of July 14.

The 16th edition of the province’s favourite (and coldest) winter challenge will quickly warm the legs as participants spin up the infamous 3km Platberg climb, which starts at the 7km mark and sits 1 830m above sea-level.

The agony and the exquisite views are purely for the 60km feature race competitors however, as the 30km bunch detour around the hill.

But, says route designer Ken Davies, getting to the top of Platberg is just the beginning, as the descent has eroded over the years, which has created some technical excitement.

“Coming down the other side has always been a bit of a challenge,” he says.

According to Davies, Walkerville, which is one of the long-standing events on the local calendar, has maintained a consistent focus on true mountain biking.

“It’s always been a proper mountain bike race, with a fair bit of technical stuff and a lot of single track,” says Ken. “And it’s blimmin’ cold!”

The 69-year-old, who has been involved with the race since its inception, says the route relies on a rideable mix of single and jeep track, as well as district road to help riders recover.

“It’s fast and flowing. The total ascent is around 950m and, while there are climbs, they’re not too radical.

“The course really suits an all rounder – we’ve never had any roadies shaping on this one.”

This year, says Davies, the route will pass through the Stirrup Club game farm, via the Eye of Africa Golf Estate, for the first time in three years.

“The route climbs past the old slate mine on the farm. The shorter route then loops back towards the finish, while the 60km riders can look forward to some good single track sections through the Eikenhof plots.”

He says riders will also pass the Windhoek Brewery before hitting a short tarred stretch in the Drumblade area.

The route then wraps up with a gentle drag along the Walkerville road towards the Lapeng Hotel, Conference and Events Centre.

After that, a final uphill stretch of single track is all that stands between participants and the finish on the raceway at the Walkerville Showgrounds.

While the 30km ride is substantially shorter than last year’s supporting event, Davies says riders should not be deceived.

“It’s a much more accessible distance for social riders but it will still be a tough 30km with a hard 2km climb just before the Hartzenberg plots on the way back to Walkerville.”

He says participants in the two distances will approach the finish line from opposite directions.

“Because they split after the Stirrup Club, there will be no congestion or mixing of the riders on the route.”

Davies believes mountain bikers are particularly privileged to ride these routes as certain sections cross a number of private properties.

“This means that you can’t just come and ride these same trails at any other time.”

Race organiser Wynand de Villiers says entries for the event will be limited to 2 000 riders, who will all receive finishers’ medals.

“Entries close a week before race day so that we have time to properly seed riders according to the SA Seeding system.”

De Villiers says no entries will be accepted on the morning of the race.

Registration takes place from 10am to 4pm on Thursday, July 11, at Cycle Lab Little Falls and on the Friday at Cycle Lab Fourways. Riders can also register from 9am to 3pm on the Saturday at the Walkerville Showgrounds.

Enter at www.cyclelab.com before July 7.

For more information, contact the race office on 076 621 1807 or eventsupport@asgworld.co.za. 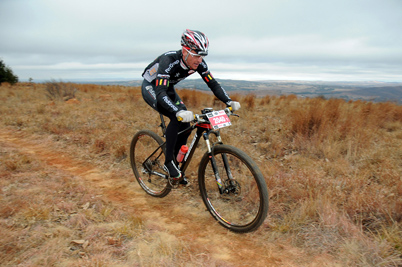