The fourth edition, which starts in Johannesburg on April 26, will see well-known foreign riders compete with some of the country’s best, including former winner Neil MacDonald and new partner Brandon Stewart from Team Itec.

Also in the 700-strong field is the formidable Swiss mixed pairing of Yves Corminboeuf and Jane Nüssli. They will come up against fellow countrywoman Ariane Kleinhans and her SA-born husband Erik, who are two-time Absa Cape Epic champions.

“We welcome mountain bikers from all over,” said one of the organisers Craig Wapnick. “While we love a good race, most of our international entrants appear to be the type who love riding more than racing.”

Wapnick said the event seemed to attract mountain biking purists who appreciated the 910km off-road journey from Heidelberg in Gauteng to Scottburgh on the KwaZulu-Natal coast.

“You get to ride great routes, meet great people and race – if racing is your game.”

He said the event was an ideal way to experience all aspects of the country, from inland regions to the Indian Ocean.

“This year, we’ve had a surge in interest from riders in Belgium, the UK, Switzerland and Australia.”

He attributed the increase to good publicity in overseas publications and word-of-mouth promotion from former participants.

“Although we are flattered to have this overseas interest, we realise that 80 per cent of our riders are passionate South Africans who want to ride the beloved country.”

Wapnick said participants also helped disadvantaged rural communities along the route by either riding for their own charitable causes or supporting the officially endorsed Participate for Good initiative, which creates container libraries along the route.

“The word is out there that this is more than a ride. It’s a journey of the soul.”

Entries for the fully booked event closed at the end of January. 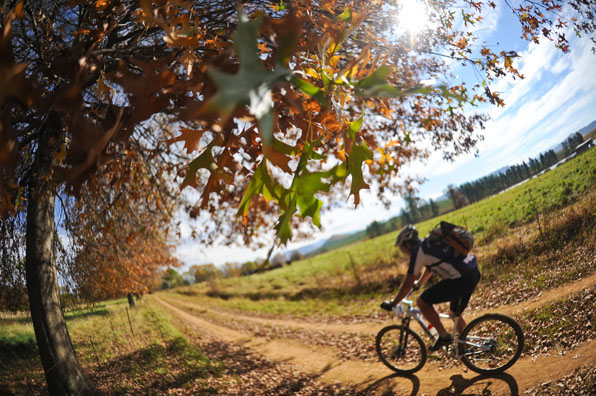 This year’s Old Mutual joBerg2c race, which starts on April 26, will see 112 international riders from 20 countries among the field of 700 enjoy nine days of mountain biking across South Africa. Photo: Kelvin Trautman