Over 100 corporate teams are expected to descend on the North End Lake for the opening race of the Investec Night Relay series in Port Elizabeth on March 7.

Held on the first Thursday evening in March, April and May, the series will see teams of five runners or three walkers from companies, schools and other institutions do battle around the lake.

Race organiser Michael Zoetmulder of Zports said the picturesque venue was chosen specifically to recognise the good work being done by the Mandela Bay Development Agency in the metro’s stadium precinct. “It’s now a great place for sports in the city.”

Investec Specialist Bank regional manager Cumesh Moodliar said they were delighted to be sponsoring the series once again.

“We are excited to be part of urban renewal, and this is a tremendous opportunity for Investec to join our friends and colleagues in the PE business community in a lively, healthy and fun-filled event.”

He said the series also provided a platform to promote awareness of the Investec Rhino Lifeline, which is a conservation initiative in partnership with local wildlife veterinarian Dr William Fowlds.

The initiative aims to raise awareness of the rhino-poaching crisis and respond through education, rescue and prevention programmes.

“The Eastern Cape has a pivotal role to play in not only the protection of our own rhino but also the continued existence of the species,” said Moodliar.

According to Zoetmulder, the event provides a different kind of after-work networking activity.

“The Investec Night Relay gives companies the ideal team building opportunity for their staff and clients in a fun setting. They not only take part and win some great prizes but also socialise around good food and drink and live music.”

He said the 4.2km lap, which each team member would be required to complete, was an easily achievable distance for walkers and runners.

“Since the start of the series two years ago, Gamble Pharmacy have been the most consistent winners, but last year they had a close tussle with Transnet.”

Investec came on board as sponsors in 2012, which saw the series grow to 190 registered teams, with an average of 110 taking part per race night.

Zoetmulder said Investec had reconfirmed their commitment to the event following the recent signing of a three-year title sponsorship agreement.

“As naming sponsors, they ensure that a quality event of this nature is possible.”

Alternatively, visit Brian Bands Sports in Newton Park, News Café at The Boardwalk or the Zports offices at the North End Lake.

Entries will be accepted at the race but a penalty fee will apply. 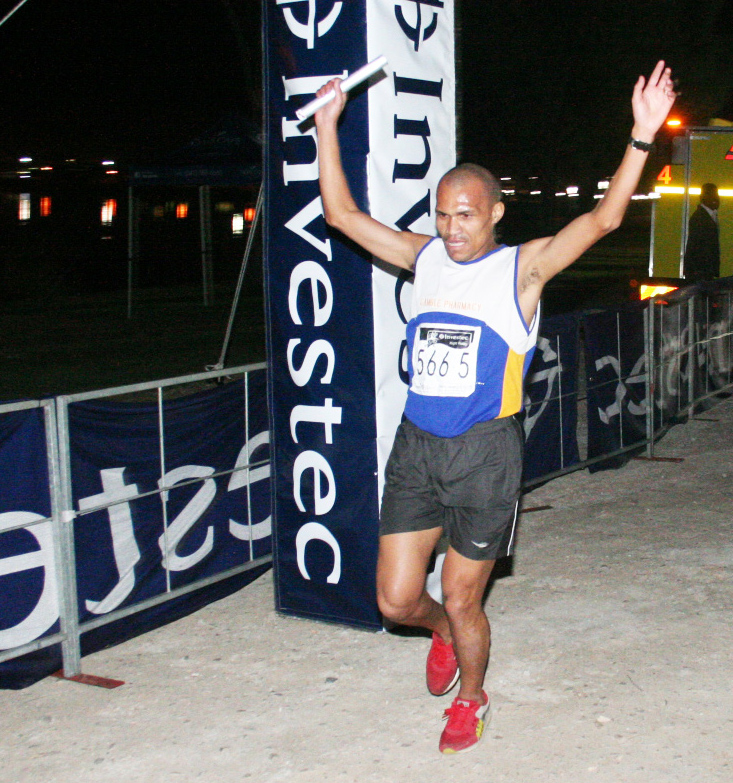