FedGroup Berg and Bush’s Brandon Stewart and Darren Lill took full advantage of the first technical stage of this year’s Fairbairn Capital/Old Mutual joBerg2c to claim the win and the overall lead.

They stopped the clock on 5:05:48 in the fourth stage that took them over 125 ruggedly beautiful kilometres between Sterkfontein Dam in the Free State and Winterton Country Club in the Central Drakensberg.

Even though they surrendered their tiny overnight lead, Team RE:CM’s Neil MacDonald and Waylon Woolcock put in another impressive performance to finish runners-up in 5:07:13 – falling to second in the general classification.

MTN-DoItNow’s Max Knox and Rwandan partner Adrien Niyonshuti – tipped by experts as the pre-race favourites – were third in 5:12:21, dropping to third in the standings.

“This has been one of the best days of mountain biking I’ve ever done,” said Stewart, who praised Lill – the national road champion – for his handling of the technical sections.

“After three hard days in a row, the pressure’s off us right now. Tomorrow we’ll be able to sit in.”

The race split up early on after a fast start, leaving the top three teams to battle it out over the final three-quarters of the stage.

Stewart and Lill took charge at Solly’s Folly – a technical stretch that forms part of the extreme drop down the escarpment into KwaZulu-Natal – and led to the first waterpoint at the 44km mark.

This forced the other main contenders to play catch-up and expend a lot of energy. The leading three teams reached the second waterpoint together.

The climb up Spioenkop and its technical descent around the 80km mark played a pivotal role in the day’s outcome.

Stewart and Lill, in the company of Knox and Niyonshuti, were able to inch ahead and draw clear of MacDonald and Woolcock on the steep incline.

Down the other side, a fall by Niyonshuti on a rocky section put him and Knox on the back foot for the remainder of day, handing the initiative to the eventual winners.

With 26km to go, they had pulled a minute clear of MacDonald and Woolcock, with Knox and Niyonshuti a further 50 seconds back. At the 105km mark, they had extended their lead to 1:10.

This margin enabled them to manage their effort over the closing stages, which included the climb up Puff Adder Pass.

Team bizhub’s Ischen Stopforth – a former MTN Series champion – and British team-mate Catherine Williamson were able to fight back from multiple punctures to continue their winning streak in 6:21:55 and extend their lead in the women’s race.

The overall leaders in the mixed section, Fairbairn Capital’s Erik and Ariane Kleinhans, completed the stage in 5:44:14 to claim eighth on the day.

Tuesday’s fifth stage will take riders on a 102km journey from Winterton to Kamberg. The 900km race finishes in Scottburgh on the KwaZulu-Natal coast on Saturday. 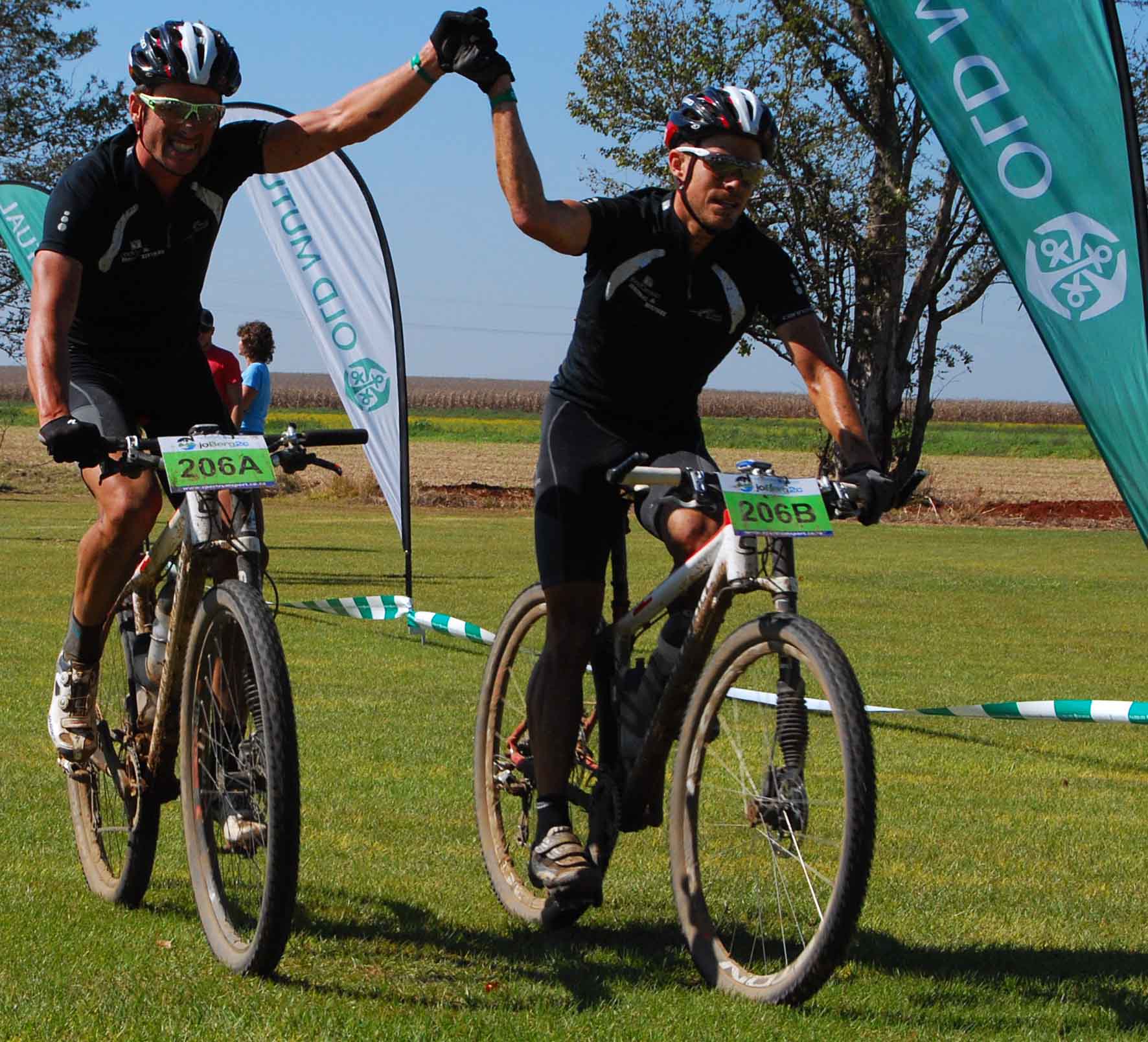