Madibaz down but not out of Varsity Netball tournament

The SPAR Madibaz team will work on all aspects of their game as they continue their mission of making an impact on the Varsity Netball tournament this weekend.

After a tough run in Pretoria, the Nelson Mandela University outfit will face Free State and the University of Western Cape in Potchefstroom on Sunday and Monday.

They came up against three of the top four sides on the log in Pretoria over the weekend and were only able to collect one bonus point for their efforts.

Coach Lana Krige was, however, not overly concerned as they continued to focus on their goal of reaching the semifinals.

“This is an amazing group of girls and they are all very positive. Against three very strong sides it was all about a learning curve, working hard to get better and testing ourselves.”

The Madibaz mentor said there were positives to take from the opening weekend. 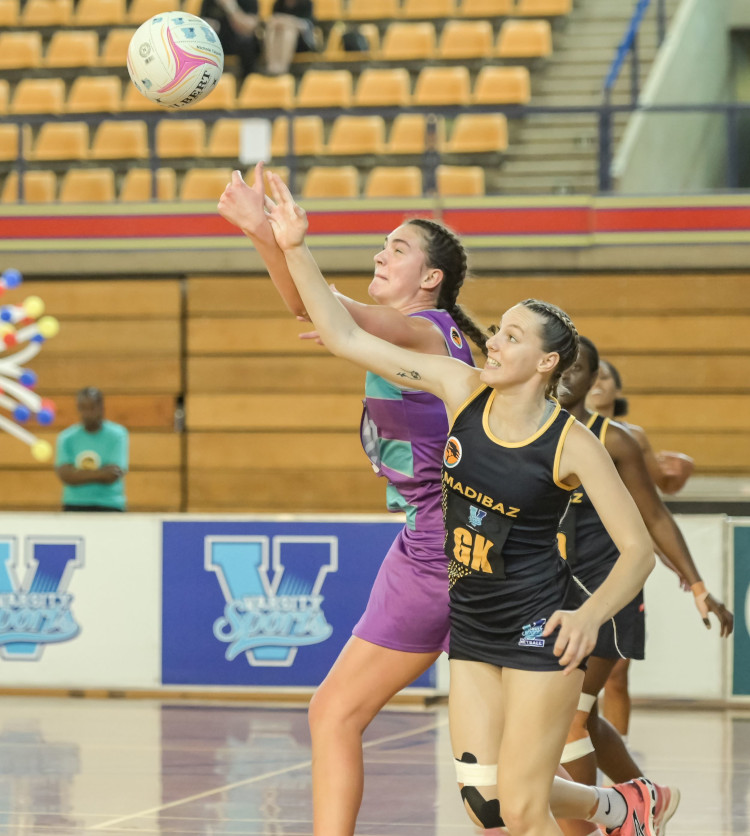 “With four new players from the USSA team and seven of them playing Varsity Netball for the first time, we are starting to sort out our combinations.”

They were also happy to earn the bonus point off NWU-Pukke.

Krige predicted an “interesting weekend” in Potch against two teams with contrasting styles.

“The one work on a rotation basis, the other use the same seven players throughout. One play with a lot of intensity and the other with flair, so it’s going to be another testing weekend.

“It will be strong competition but we embrace that challenge.”

Their focus will be on seizing any opportunities in the match-up against the Free State side on Sunday.

“Turnover balls must be converted into shots while ensuring our shots don’t leave our attacking circle. It’s going to be physical, competitive netball.”

Monday’s recipe will be to starve UWC of possession, she said.

“The more they handle the ball the better they get and then you will have a fight on your hands. We have to keep the ball and make sure we score from our chances.”

One of the lessons learnt from our first three matches was the need to improve the transition from defence to attack,” said Krige.

“We will work to improve our speed coming through the court when we get turnover ball. We got a bit stuck in defending and that transition from defence to attack needs to be smoothed out.”