Motor industry entrepreneur excited to return to his Muir roots

Former pupil Mike McNaughton is looking forward to a few days of escaping the pressures of the corporate world when he attends Muir College’s 200th anniversary celebrations in Kariega from August 3 to 8.

The managing director of the Kelston Motor Group’s journey from rookie businessman to high-profile Eastern Cape entrepreneur has seen him fend off many curveballs over the course of his career in the motor industry.

Now, after an overseas trip, he is relishing the prospect of catching his breath as the Muir class of 1976 join their former schoolmates to celebrate a significant date in the country’s educational realm.

His father, Des, was a sales rep, which meant they were often on the move during his formative years.

The younger McNaughton was born in George, moved to Graaff-Reinet when he was two, lived in the former Transvaal for a while and then attended Grey Junior when the family returned to the Eastern Cape.

His connection with Muir began in Grade 8 and, in a microcosm of his life, the thing he remembers most clearly about his schooldays is working in his dad’s tyre business.

“What I did learn as a teenager was that the holidays were spent in the tyre shop where I learnt to balance wheels, build retreads and work with the fitting staff,” recalled McNaughton. “And, most of all, I looked forward to the Christmas rush when we earned the most.”

He is grateful for what his alma mater provided and remembers an amusing incident on his first day at the high school. 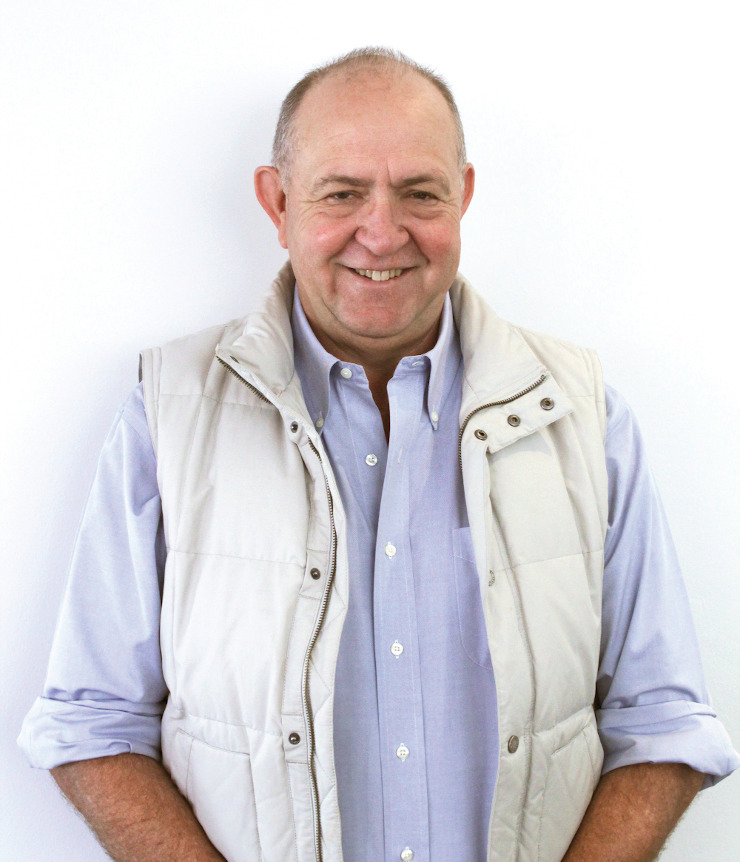 Motor industry entrepreneur and Kelston Motor Group managing director Mike McNaughton will be one of the former pupils to attend Muir College’s 200th anniversary celebrations in Kariega from August 3 to 8. Photo: Supplied

“A friend (Andrew Walker) and I walked onto the school grounds with caps on our heads and we were met with hoots of laughter as one of the privileges at high school was not to have to wear a cap. One particular individual told me what he thought of me, but we remain friends to this day.

“At breaktime I was sitting on the library steps, thinking how fate had landed me in what I then thought was this god-forsaken school when a matric pupil, Gordon Druce, walked past.

“As a school prefect he seemed concerned and told me that Muir was a great school and what I put in is what I would get out. Prophetic words indeed!”

McNaughton said Kelston would donate a vehicle for a hole-in-one at the Old Muirite golf day.

“The opportunity to assist in the 200th celebration is a small thank you for what I received at Muir. As I am playing, I am looking forward to being part of the day.”

His introduction into the world of business came unexpectedly when his father, who owned Algoa Retreaders, suffered a heart attack in 1979.

“He was the salesman and my mother, Marge, ran the admin and financial side with an iron fist,” he remembered. “I was thrown in at the deep end after spending a year at Rhodes.”

He married Lyn in 1980 and while the business progressed nicely, he remembers a sage piece of advice from Alf Debs, a businessman in town.

“He told me to own the premises from which I did business and to pay myself above market value as I was taking the risk. That was not always easy as there were a few mouths to feed, which also taught me in later life the necessity of building a business of scale.”

His journey, though, did not come without the odd speed bump.

Encouraged by his wife to take over a Ford dealership in 1994 “because you should sell cars as the Lord knows we cannot afford a new bakkie every year”, he faced one of those hurdles.

“In 1996 my boss invited me to a board meeting and I thought I was going to be congratulated on winning an overseas trip for sales when the dealership had done particularly well.

“Instead, I was asked to leave the company. Many years later I learnt the real reason but, at the time, it was devastating with three small children. Although I had the fitment business, I could not go back there.

“One of those lucky breaks came along in 1996 when I heard that the VW dealership in Uitenhage was for sale, which I subsequently purchased with the help of business partners Jannie Potgieter of Addo and Stephen Dondolo, these days of African Pioneers.

“The business made a profit from the get-go and we sold five cars in the first month.

“In 1999 Jannie and Steven left the business and I partnered with Dirk Ellis of Humansdorp for 17 years.

“In 2016, Dirk and I went our separate ways and two of my children, Sally and Peter, took a more responsible role and that really was the birth of the Kelston group.

“The business at last began achieving on the scale I had been so determined to build as there were three like-minded individuals driving the expansion and the strategic direction.

McNaughton said one of the key factors in building the Kelston Motor Group was to generate finance to drive his vision.

“I guess a defining moment would have to be the running of a property company alongside the retail business. This has built the assets which have enabled me to finance the expansion and to provide opportunities that would not be otherwise possible.”

When it comes to day-to-day operations, McNaughton’s buzzword is customer service.

“There is no question that attention to detail, continually providing feedback, whether positive or negative, is the top priority.

“The Kelston people will tell you that I insist on honesty and transparency. I always say, ‘sell cars the same way you would sell to your mother and treat people exactly the way you expect to be treated’.

“We do have customers where we have not met expectations but experience has shown that the quicker you deal with an issue the better it is and the more likely you are to make a friend from an enemy.”

His advice to the man in the street is not to overextend themselves in challenging economic times.

“If you cannot afford a new car, do your level best to maintain the one you have. Most of the expensive repairs we see in our workshops are the result of poor maintenance or taking a short cut.

“But, be patient, South Africa is a great country and we will rise to the top.”