Madibaz cricketer Tristan Stubbs plans to focus on the enjoyment factor to ease the pressure on himself in South Africa’s Twenty20 series against India in India, starting next week.

The 21-year-old B.Com student has enjoyed a meteoric rise in the ranks this year, a journey which has included a taste of international cricket with the SA A side in Zimbabwe and a stint with the Mumbai Indians in the Indian Premier League.

It has culminated in his selection for the national team to play India in a five-match series, which gets underway on June 9.

Stubbs, who went to Knysna Primary School before matriculating from Grey High in Gqeberha, is delighted about the opportunity but acknowledged that he still had plenty to learn.

“Since my SA A selection things have moved quite quickly, with the opportunity to play in the IPL and now this Twenty20 tour of India,” he said.

“My feelings when I heard that I had been selected were of great excitement and I’m very happy to be here to have this chance.

“I will go out there to try and enjoy this series as much as possible, soak up the atmosphere and try not to put too much pressure on myself.

“Fortunately I have toured India before, so I know about the hot and humid conditions which make you sweat so much.” 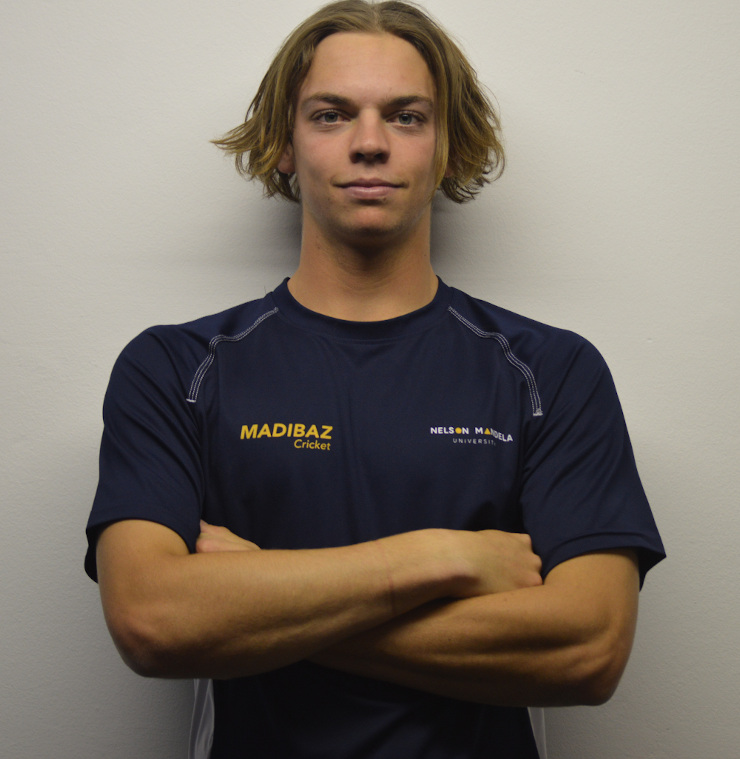 Madibaz cricketer Tristan Stubbs is in the Proteas squad for the five-match T20 series against India, starting on June 9. Photo: Supplied

The Madibaz player caught the eye of the national selectors with some stellar performances for the Warriors in the CSA T20 Challenge in March, resulting in his selection for the SA A team.

He said it had been a steep learning curve but that he was revelling in the opportunities to continue his cricketing development.

“As the trip to Zimbabwe was my first experience of international cricket, that was pretty cool,” he said.

“Even though it was cut short by the invitation to join the Mumbai Indians, I learnt quite a lot from that tour.”

Stubbs replaced injured England player Tymal Mills in the Mumbai Indians squad and said his eyes were opened by the high-level pressure of the IPL.

“Playing in front of massive crowds was certainly a new experience for me and I was very happy to go through that.

“Also, the intensity of the IPL was incredibly high throughout each match and it was so cool to be part of that sort of atmosphere.

“This has definitely been a learning curve for me and I am trying to take in as much as I can from the different coaches and players I have been with.

“But I also know that I must work out what is important to help my game and implement that, rather than trying to absorb too much information.”

Looking back over the past few months since the T20 Challenge, he said he still sometimes had to pinch himself to realise his current situation.

“I must admit, back in March I certainly did not expect to be in this position.

“But it is an exciting time for me and I just want to do the best I can and hopefully keep the momentum going.”

After next Thursday’s opener against India, the remaining T20 internationals will be played on June 12, 14, 17 and 19.