Promising Madibaz golfer JP van der Watt is ready to dip his toes into international waters as he prepares for the FISU World University Championship in Turin, Italy, next month.

The 21-year-old B.Com student at Nelson Mandela University in Gqeberha will get a first taste of playing overseas when he joins Dawid Opperman and Wian van der Walt, both from the University of Pretoria, in the South African team for the biennial event.

The side, managed by Madibaz Golf Club president Karl du Preez, will face the top student golfers from around the world from July 20 to 23.

Van der Watt, who was crowned Humewood Golf Club champion this year, said he was looking forward to the challenge.

“I have not played overseas before and I realise that we will be facing some really tough competition on what will be a testing golf course,” he said.

“It’s really exciting to take on this new challenge and I’ll be working super hard from now on to make sure my preparation is on track.

“I look forward to seeing what I can do against some of the best student players in the world.”

Van der Watt, who grew up in Knysna and was educated at Glenwood House in George, has some special memories of his performances this year, which have seen him rise from 20 to 15 in the SA amateur rankings. 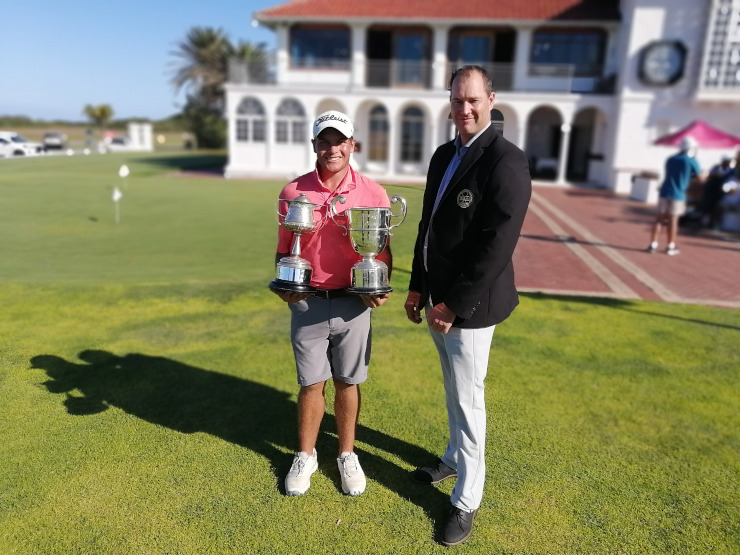 In March, he took the Humewood title against Madibaz teammate Altin van der Merwe, birdieing the 16th and 17th holes to come from two down with three to play to win one up. He also won the title in 2020.

“Other highlights for me include being chosen for the EP interprovincial side and breaking the course record at PE Golf Club when I shot 62 in the PE Open in May,” said Van der Watt, who played for Southern Cape in the junior ranks.

“That was very special and definitely a highlight for me this year.”

Du Preez said Van der Watt’s selection was reward for the progress he has made in 2022.

“He has risen to No 15 in the national amateur rankings, which is how the players are selected for this team,” he said.

“It’s a very exciting opportunity for him and I am looking forward to managing a side which includes some very good golfers.

“Representing your country is always an honour and we will be aiming to make an impact in Turin, although we know it will not be easy.”

Du Preez said it was unfortunate that Van der Merwe had not been eligible for the event.

“He would have been in line to be in the team as he is nationally ranked at No 20 (Opperman is 35 and Van der Walt 38), but the rules state that you have to be 25 in the year of the tournament, and Altin turns 26 in November.

“So I do feel sorry for him but those are the rules.”