As the varsity careers of several players wind down, the Madibaz squash team will look to pass next week’s University Sport South Africa tournament with distinction.

The event – held in Makhanda from July 4 to 8 – was scheduled for December last year before succumbing to Covid.

Now, a semester and a bit later, the Nelson Mandela University students are once again ready to shoot for the title.

One of those is the long-serving Bianca Keeley, who will line up at No 2 in the women’s team at her eighth tournament.

With the competition having been on the backburner since July 2019, the 25-year-old said it was exciting to be back in the top student arena.

“It is always a privilege to be able to represent Madibaz Sport,” said Keeley, who has been ranked in the USSA top-six on three occasions.

“We are looking forward to trying to make another final in what has been a challenging period for squash,” added Keeley, who listed winning the Port Elizabeth women’s league in 2018 for the first time in 16 years and then successfully defending it as her most treasured memories alongside the brace of USSA finals. 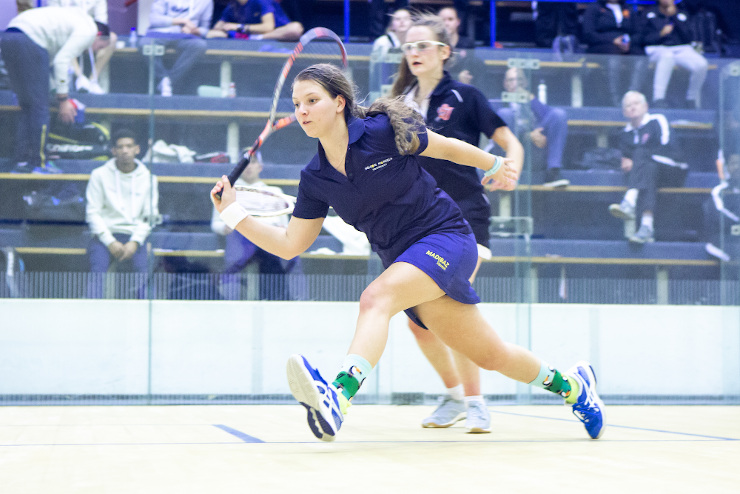 Madibaz star Bianca Keeley will aim to go out on a high at the University Sport South Africa squash tournament in Makhanda from July 4 to 8. Photo: Oakpics

Madibaz coach Jason le Roux acknowledged it would be a serious challenge for them to break the stranglehold of UJ. The Gauteng university has won the title eight times in a row – the last two at the expense of the Madibaz.

Le Roux said it would be a matter of everyone pulling their weight to have a fighting chance, especially after losing last year’s men’s No 1, John Kuhn.

“We always go into these events with the goal of achieving first place and our expectation is to, at least, end in the top three,” he said.

“But I know that this is going to be a very tough tournament because there are at least four varsities who are strong and quite evenly matched.”

Le Roux felt their opponents would each offer different challenges, but the bottom line was that every player needed to contribute to the Madibaz cause.

“We have a really solid men’s team in Warren Bower, Murray Schepers, Sips Mpini and Gershwin Forbes to back up women’s No 1 Dani Shone and Bianca,” he said.

“But they will be up against the best students in South Africa, with several of the men’s players ranked in the national top 10.

“It’s not going to be easy for them and it will be important that we do well across the board in each match to give ourselves a chance.”