Eastern Cape netball on the rise as Aloes clinch promotion

A fierce determination to earn promotion to the top division of the Telkom Netball League was the driving force behind the Eastern Cape Aloes’ success at the weekend.

This is the view of SPAR Madibaz coach Lana Krige, who mentored both the Aloes and Eastern Cape Comets squads during the national tournament.

The Aloes, who finished top of the class in division two the previous two years, went through the league phase unbeaten and then defeated Mpumalanga Sunbirds 48-43 in the division two final.

That, though, was not their main goal, said Krige.

“I think in previous years the focus may have been on winning division two, but this year it switched to not only winning the division, but also succeeding in the promotion-relegation game,” she said.

“After the win over Sunbirds on Saturday it was not a time for celebrations because the big match was coming up on Sunday.”

The Aloes, captained by Madibaz star Jeanie Steyn and managed by Madibaz Sport netball manager Melinda Goosen, then defeated the Kingdom Stars from KwaZulu-Natal 42-39 to win promotion to division one next year. 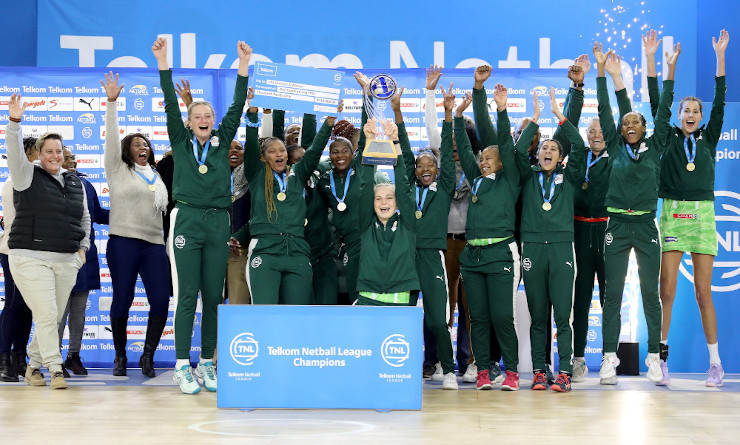 The team included nine players from Nelson Mandela University, while four Madibaz players turned out for the Comets.

Krige felt the promotion to division one would be a major boost for netball in the province and at Madibaz.

“For example, when Madibaz came up against the top teams in the USSA and Varsity Netball tournaments, they had not been exposed to that level because most of the players from those sides competed in division one of the TNL,” she said.

“Next year the Aloes will play against the best players in the country and that exposure will help them develop their games and understand the intensity of the competition at the top level.”

The Madibaz players are now preparing for next month’s USSA tournament and Krige believed the TNL experience would have a positive impact.

“Normally at this stage we wouldn’t have had a lot of game time, but these players have performed in hour-long matches on a regular basis during the TNL,” she said.

“We will be up against A section teams at USSA so the intensity will be high, but at least we will have had some experience of how to manage these situations.”

Looking to 2023, Krige said it would be important for the Aloes to be meticulous in their preparation as they venture into the top flight of the TNL.

“The main focus will be to get in as much training time before the TNL next year,” she said.

“To compete in division one, we have to get the structures right in terms of pre-season training, select a squad earlier and make sure the players’ fitness is up to scratch.”

Krige added that she was also impressed with the efforts of the Comets.

“They just missed the semi-finals by one point to Western Cape Tornados and then went down against the Kingdom Queens to finish sixth.

“Unfortunately, they lost their captain Britney van der Merwe through injury, and she had a big role to play.

“But it was a great experience for them and they will be able to take a lot of positives from the games they played.”