Schools in and around East London are primed for battle ahead of the penultimate regional leg of the SPAR Eastern Cape Schoolgirls Hockey Challenge at Cambridge on Sunday.

The annual hockey extravaganza has been back on track this year after being disrupted by the Covid-19 pandemic in 2020 and 2021.

Three schools have already booked their places in the provincial finals that will take place at Collegiate in Gqeberha on August 13 and 14.

DSG won the PE Inland tournament in Makhanda in March and the following week Collegiate qualified for the final playoffs by beating Pearson in a penalty shootout in the PE Coastal leg.

At the weekend they were joined by Outeniqua, who won the Southern Cape regional tournament for the first time after defeating four-time defending champions York on penalties.

Bev Forward, director of the EL Coastal tournament, said they were looking forward to some seriously competitive hockey as the girls were pumped to be back on centre stage.

Eight teams, split into two pools, will compete in East London. Matches will be played over 20 minutes, with a five-minute break between each.

Clarendon and Grens will start proceedings at 8am with the cross-pool playoffs getting underway at 1pm. The final is scheduled for 2.15pm. 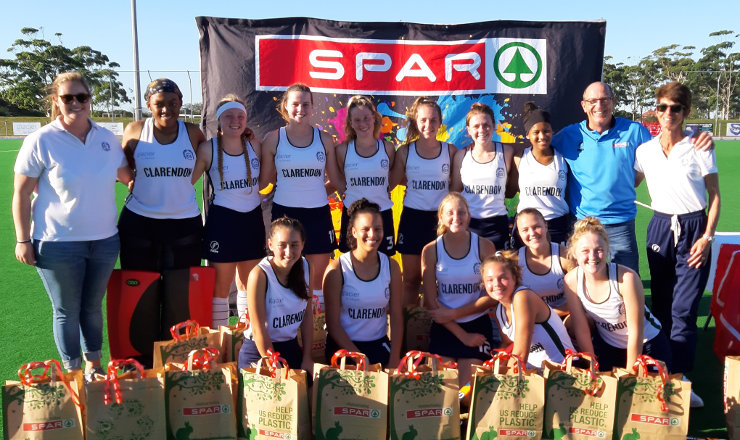 Clarendon High will aim to win the EL Coastal leg of the SPAR Eastern Cape Schoolgirls Hockey Challenge for the third time at Cambridge on Sunday. Photo: Supplied

Matches will be live-streamed on the SuperSport Schools app.

“We are extremely grateful to SPAR Eastern Cape for their ongoing sponsorship of these tournaments for our first team players,” said Forword. “It is the highlight of the hockey calendar for many schools.”

Clarendon High and Hudson Park have dominated the EL Coastal leg, with the former effectively the defending champions having defeated Hudson in the final in 2019.

They also won the regional leg in 2017 when they overcame Stirling, while Hudson beat their Clarendon rivals in the 2016 and 2018 finals.

Clarendon were crowned provincial champions in 2017 after beating York, from George, 3-0 in the final.

The final regional playoff will take place in Queenstown on May 22.