Madibaz field athlete Ischke Senekal aims to use her achievements at last week’s University Sport SA championships in Cape Town as a springboard to further improvement this year.

The 29-year-old from Kariega, who is busy with her master’s degree in education at Nelson Mandela University, won the shot put (15.71m) and took silver in the discus (51.22m) at the event.

Senekal said she was happy with her efforts after what she felt was a disappointing showing at the SA National Championships earlier this year.

“It did not go as I wanted in the nationals because although I got gold in the shot put, I was only fourth in the discus,” said the 2018 African shot put champion.

“So, for me, the USSA champs went much better as I improved my distances and picked up gold and silver.”

She added that the disruption of the Covid-19 pandemic had set her back.

“That really affected my plans to work on increasing my distances in each event as we could not practise as normal.”

Looking ahead, Senekal said her sights were set on improving her personal bests of 17.56m in the shot put and 56.86m in the discus while her ultimate target was the SA shot put record of 17.88m. 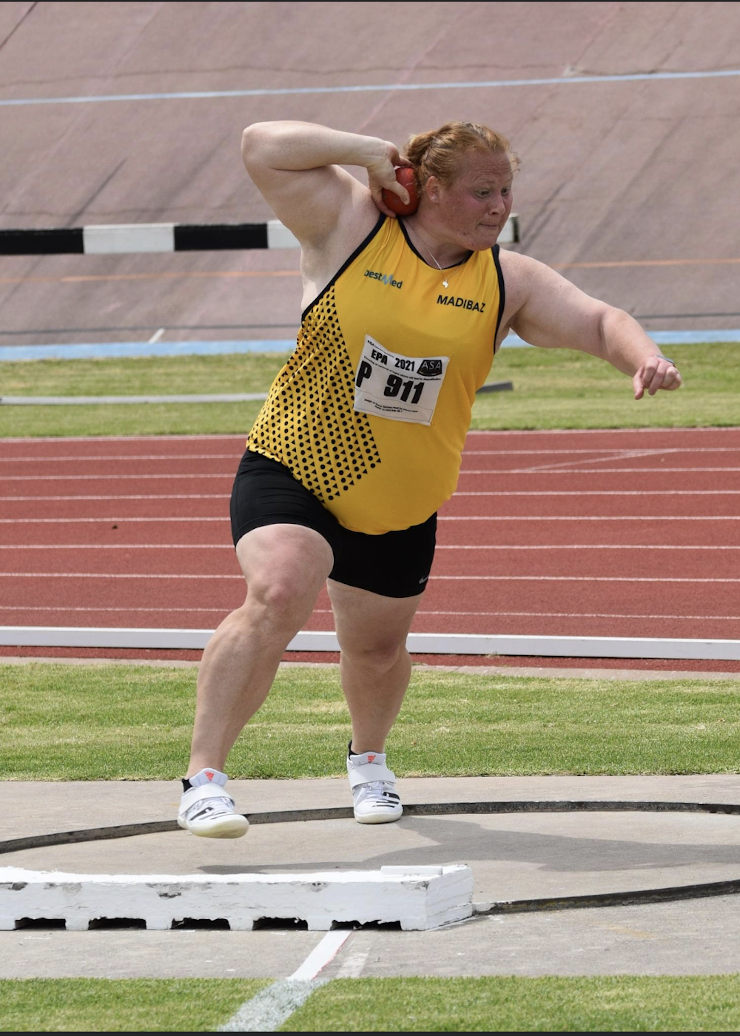 The Madibaz athlete has been included in the South African team to compete in the African Championships in Mauritius from June 8 to 12.

“I really want to use that occasion to try to achieve the goals I have set myself.”

Senekal has been competing internationally since winning the discus number at the African Junior Championships in Botswana in 2011 and said her taste for high-level competition was undimmed.

“Simply, I just want to be the best I can be in the sport that I love,” she said. “If I motivate some young athletes to achieve well then that is a bonus.

“My message to them is never to give up on their dreams no matter what because there will be obstacles in your path. You just have to jump over them and keep looking ahead with a positive attitude.”

Madibaz Sport athletics manager Bernard Petersen said he was impressed with the performances of their athletes at the championships, where they also achieved four fourth places.

“There have been some changes in the format, with USSA deciding to go back to the points system in 2023,” he said. “It will develop athletics and broaden the base.

“Currently we are using the medal system where the institution’s position is determined by how many medals you win at the contest.”

He added that the Technical Vocational Education and Training Colleges would be part of the USSA athletics calendar next year.

“It is a very bold step and it certainly makes the event more inclusive.

“Madibaz want to make sure that athletics grows to its full potential among the tertiary institutions and part of our strategy to increase participation is to schedule a track and field event in October.

“We are hoping that we will get buy-in from the tertiary institutions in the Eastern Cape for this event.”